Repost: Donnie Darko (opens March 31st at the Capitol Theatre for one week only)

[DONNIE DARKO: 15th ANNIVERSARY opens Friday March 31st at the Capitol Theatre for one week. Note that the 1:10 and 7:10 shows are of the original theatrical cut of the film. The 4:10 and 9:50 showings are of the Director's Cut.] 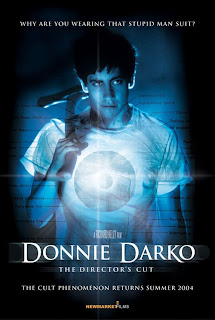