Macedonia filmmakers seek to fund their project 'The Dollhouse'

[Press release from 'The Dollhouse'.] 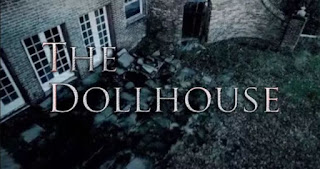 Producer Julie D’Aloiso was inspired to start this project when she was introduced to a L.A. Director Russell Emanuel by voice actor Alan K. Courtright. Julie interviewed Russ about his upcoming movie Occupants and began to piece together ideas for a script about a teacher that haunts a local high school. High school students in her after school club expressed interest in this project as well as members of the community since Julie runs the Nordonia Hills.News Site. http://nordoniahills.news/

Director Bio: Russ Emanuel founded Russem Productions in 2002, in order to promote his short films including Her Knight (2003), the award-winning Girl With Gun (2005), and the documentary Restoration of Paradise (2014). Occupants (2015), marks Emanuel's fourth foray into feature filmmaking, having previously directed P.J. (2007), Chasing the Green (2009), and The Legends of Nethiah (2012), all with producer Howard Nash and actor Robert Picardo. His current projects in post-production are The Assassin's Apprentice (2017) and Collar (2017).  He has worked with such name actors as Robert Picardo, John Heard, Vincent Pastore, Ryan Hurst, Jeremy London, William Devane, Theresa Russell, Marina Sirtis, and Sean Kenney.

You can help make their proposed film The Dollhouse  a reality by making a contribution through their indiegogo page. https://www.indiegogo.com/projects/the-dollhouse-feature-film-project-horror#/
Posted by Bob Ignizio at 12:00 AM