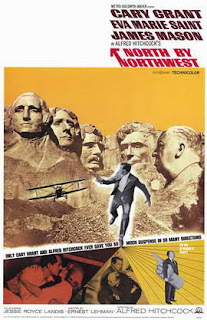 Alfred Hitchcock’s action-adventure 'North by Northwest' returns to cinemas April 2 and 5 as part of the TCM Big Screen Classics Series.

Roger O. Thornhill (Cary Grant) gets mistaken for a murderous spy and embarks a suspense-filled adventure in Alfred Hitchcock’s whirlwind classic North by Northwest, returning to the big screen for two days this April as part of the yearlong TCM Big Screen Classics series.


With stunning VistaVision cinematography and a remarkable score by Bernard Hermann, North by Northwest is one of those rare films that expertly encapsulates all the favorite plot devices and themes that have marked a film director’s entire career.  A star-studded cast includes Eva Marie Saint as Thornhill’s not-so-unwilling accomplice Eve Kendall, James Mason as the nefarious Phillip Vandamm, Martin Landau as Vandamm’s henchman Leonard, and Jessie Royce Landis as Thornhill’s exasperated mother (though she was just eight years older than Grant).  Audiences will also enjoy specially produced commentary by Turner Classic Movies (TCM) host Ben Mankiewicz before and after the feature.

Tickets for “NORTH BY NORTHWEST” can be purchased online by visiting FathomEvents.com or at participating theater box offices. Fans throughout the U.S. will be able to  enjoy the event in more than 700 select movie theaters through Fathom’s Digital Broadcast Network. For a complete list of theater locations visit the Fathom Events website (theaters and participants are subject to change).