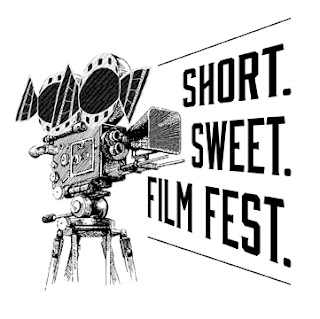 The Short. Sweet. Film Fest. strives to showcase the best local, national, and international films from up-and-coming filmmakers. What better way to watch independent cinema then in the stunning and brand-new Alex Theater at the Metropolitan at the 9 while enjoying a cool beer or cocktail with some gourmet food?

Did we mention there will also be live music throughout the film festival?

Saturday, March 4, doors open at 11:00am and films will run from 12noon-9:30pm, followed by live music and a filmmaker's networking/social event. We will include several other local films throughout the day as well as excellent films from the United States covering genres of drama, comedy, documentary, animation, horror, LGBTQ, and experimental.

Sunday, March 5, doors open at 11:00am and films will run from 12noon-8:00pm. There will be a short intermission at 4:00pm which includes live music. We will feature several International films on this day. The evening will conclude with showings of the 2017 Short. Sweet. Film Fest. award winners.

All patrons can come-and-go throughout the festival as long as they keep their wristband on. Food and drinks will be available to purchase at the bar right outside the entrance to the Alex Theater.
Here's the full schedule: http://shortsweetfilmfest.com/festival-schedule-2017/
For more updates please check out our webpage: http://shortsweetfilmfest.com/
Facebook page: Short. Sweet. Film Fest
Twitter: @SSFilmFest
Instagram: short.sweet.film.fest
Tickets: https://www.eventbrite.com/e/short-sweet-film-fest-tickets-31344541367

We received 205 submissions this year and are showing 96 films.  The fest received more local films submissions and will be showing more local films than ever before.  We are especially excited to show the local film, "Draw Hard", which features Cleveland artist, John G., who is known for his comics, Lake Erie Monster and the Melt Bar and Grill posters.  Also, another new film by Cleveland filmmaker, Justin Buckner, "A Man Willing to Kill", which is an excellent western.  Robert Banks will also present his new, experimental short, "Make America Great Again...and again...and again".

We close Saturday with the film, "Madaran", which is one of the most emotionally compelling films we have shown, but is also the most award winning.  Saturday night we will have our awards ceremony.  Sunday we will show a lot of international films and then finish the day with showing the films that won awards.

There will be Q & A sessions from the directors throughout the festival.  Local musicians will also perform through the fest.  Christopher Black will play at the end of Friday, Nate Jones at the end of Saturday, and TriHearn during the mid-day break on Sunday.

Patrons can grab food and drinks from the bar right outside the theater entrance.