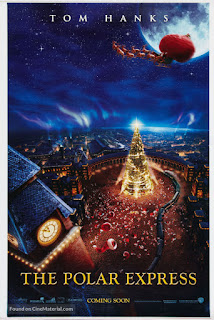 Clevelanders must have been extra nice this year because Santa’s bag is full of cinematic treats this December. Cleveland Cinemas will be hosting a variety of classic Christmas movies, as well as an encore of the Bolshoi Ballet’s production of The Nutcracker, offering something for everyone this holiday season.


BOLSHOI BALLET: THE NUTCRACKER
December 11th at 11:00 AM, Cedar Lee Theatre (2163 Lee Rd., Cleveland Hts.)
December 21st at 7:00 PM, Cedar Lee Theatre (2163 Lee Rd., Cleveland Hts.)
Despite its reputation as the bonbon of the ballet world, The Nutcracker is far from a sugary cliché. The plot is as crazy as it is convincing. The surreal action takes place in an increasingly fantastical world, leaving the cozy domesticity of Clara's parent' house far behind. As soon as the audience adapts to one new world, another follows swiftly on as transformation follows transformation. The magician Drosselmeyer sets out to find a young girl who can break the curse imposed by the Mouse King on his nephew Hans-Peter, and restore him to human form. Mice and toys stage a pitched battle. Drosselmeyer sends Clara and Hans-Peter to the Land of the Snow and then to the Kingdom of Sweets where they meet the Sugar Plum Fairy and her prince.
Featuring: Nina Kaptsova,  Artem Ovcharenko, Denis Savin, Pavel Dmitrichenko, Vyacheslav Lopatin
Admission is $15 for adults, $12.50 for children and seniors.

LETHAL WEAPON
December 17th at midnight, Capitol Theatre (1390 W. 65th St., Cleveland)
Mel Gibson and Danny Glover star in this seminal ‘80s action film that takes place during the jolliest time of year. Admission is $6.
Tickets are available at the theatre box office or online at clevelandcinemas.com for all programs.
Posted by Bob Ignizio at 12:00 AM