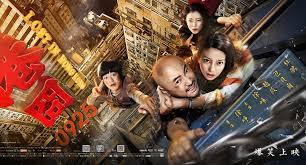 I know you’re all celebrating the victory of the Cleveland basketball team right now, in bringing home the first major Cleveland sports trophy in 52 years (actually, if you count the Lake Erie Monsters hockey team winning a cup just months ago, it’s actually the second major Cleveland sports team to break “the curse”, but nobody is talking much about the Lake Erie Monsters’ achievement. Figures; that’s what happens when one stands up for cryptozoology)

I’ve been thinking, there actually are ways that the Cleveland Cavaliers could still lose at this point. Three most likely scenarios:

(1) LeBron’s announced SPACE JAM sequel will turn out unbearably horrible that the NBA will have to strike all LeBron James scores from the record books (like what happened with Joe Paterno). Thus the Cavs would retroactively lose Game Seven to the Golden State Warriors after all.

(2) It is announced that the Cavaliers organization failed to pay a special “incorporation renewal tax” imposed by Cuyahoga County Democrats in secret (because if anybody knew about it, the public might vote it down). When the team failed to file by the June 19 deadline, Cleveland Cavaliers ceased to exist as a legal corporate entity, and Golden State won the last game by default.

(3) Republicans, in a runup to having a “brokered” RNC convention in Cleveland to deny Donald Trump’s nomination, set a precedent by doing a “brokered” NBA final. The team with the most-monied lobbyists in Washington wins. At least the Cavs and Warriors both go down to defeat in this scenario; the championship will be handed either to a team of Islamic militants (backed by Saudi Arabia) or Chinese slave-factory workers.

Yes, China’s pretty much on the march this century, while Americans’ collective attentions, as always, are on other things, such as sports or whether certain Game of Thrones characters are alive or dead. Typical.

Myself, I cannot claim to be much better at charting how much many more of our factories are closing each week or worse the trade deficit gets (President Trump might indeed have the will to stop that sort of thing, but all the Chinese would have to do is cut the satellite feed in the Chinese-made mikes and cameras Trump uses at his State of the Union address). But I get to watch imported Chinese movies from time to time, and you know what? There’s that old Neil Stephenson line that the only things American industry remains good at in the future will be making movies and pizza delivery. And the Chinese are coming up close behind in the movie part.

Enter filmmaker-actor Xu Zheng, who is already a Far East superstar for a series of comedies that might be likened to the Hope/Crosby “Road” Pictures of yesteryear, for their broad proletarian appeal, self-mocking attitude and recurring actors (if not necessarily the same characters). LOST ON JOURNEY was the first, which I haven't seen, but which I understand was a road comedy set during the gigantic annual New Years migration during which Chinese factory workers in the manufacturing centers go home to reunite with their peasant-ish families. LOST ON JOURNEY was popular enough - and Chinese have the moxie to know what "branding" means - that Xu Zheng reunited with his co-stars for the the bigger, costlier, more hyped LOST IN THAILAND, which I understand broke box-office records. Zheng also directed that one.

Now Xu Zheng is back with another entry, LOST IN HONG KONG. The filmmaker plays Xu Lai, a onetime art student (the middle-aged Zheng in a wig as a youth is a funny visual all in itself) who lost his dream-girl classmate when she pursued painting studies in Europe. Xu Lai settled for running a lingerie factory and marrying the boss’ appealingly quirky but unglamorous daughter.

Now he’s an outwardly successful businessman, but his wife and the in-laws are pining for child. When Xu learns that his old art-school flame is having a grandiose art installation in Hong Kong, he intends a clandestine reunion with the old girlfriend, under the pretext of going along with his wife and annoying in-laws for fertility treatments.

None of the in-laws is more annoying that Lala (Wang Baoqiang), a wannabe documentary filmmaker, shooting every bit of Xu’s life with his little digital camera, who keeps citing Robert Flaherty (really, can you imagine a Hollywood summer comedy making Robert Flaherty jokes? Yet Chinese viewers likely dug it! Even Joe Flaherty jokes are beyond the average viewer intellect we have over here).

Lala starts questioning why the oddly evasive Xu hasn’t yet fathered children, and, suspecting adultery (which is at least partially on track), Lala follows Xu throughout Hong Kong en route the art show. The pursuit triggers a series of epic disasters, including a great running gag of poor Xu repeatedly locked into a futuristic movie-prop f/x metal headpiece the quarrelsome pair find on the set of a big-budget Cantonese movie shoot (a number of well-known HK movie celebs make cameo appearances throughout).

Even a rather gratuitous crime-action subplot does not overwhelm the sweet spirit at the center, which can be enjoyed even if some of the humor grounded in Mandarin-Cantonese language misunderstanding doesn’t translate, literally. With a literal cliffhanger finale, it’s a big-budget cover-all-bases crowd-pleaser comedy-slam that shows that the American movie industry has formidable competition coming out the East in the very basic business of making people laugh. We have been warned. (3 out of 4 stars)

Posted by Charles Cassady Jr. at 1:41 AM