'Purple Rain' to screen at the Cedar Lee April 28th 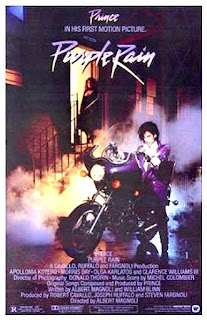 With the untimely passing of yet another musical icon this year, the Cedar Lee Theatre will be mourning right along with Prince’s fans as it screens his 1984 classic film PURPLE RAIN on Thursday, April 28th at 7:30 PM.

“We’ve shown PURPLE RAIN a few times over the years as part of the Melt Bar & Grilled Late Shift Series,” says David Huffman, Cleveland Cinemas Director of Marketing and Late Shift programmer. “It’s a film that captured Prince at the height of his career and I can’t think of a better way to pay tribute to this legendary performer than to bring it back to the big screen.”
Prince Rogers Nelson was found dead at the age of 57 on April 21, 2016. Prince was inducted into the Rock and Roll Hall of Fame in 2004.
Fans are encouraged to dress in purple when they attend the screening.
Tickets to see PURPLE RAIN are $6 and are on sale at the Cedar Lee Theatre or online at clevelandcinemas.com.
For show times and additional titles visit www.clevelandcinemas.com.
Posted by Bob Ignizio at 2:29 PM