[GOD KNOWS WHERE I AM screened this past weekend at the Cleveland International Film Festival.] 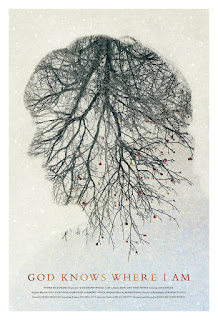 Where do you draw the line between personal freedom and making sure a mentally ill person gets the treatment they need? And who should make those decisions – family members, doctors, judges? These questions and more are raised by the excellent new documentary film GOD KNOWS WHERE I AM. The film doesn’t necessarily offer answers, but it does at least provide a starting point for the conversation.

Rather than cast a wide net, co-directors Jedd and Todd Wider focus on the single, heartbreaking case of Linda Bishop. By all accounts an intelligent, capable, and outgoing woman who loved her friends and her daughter, Bishop also suffered from schizophrenia. And like many schizophrenics, she stopped taking her medication. The results were tragic.

Seeking to avoid the forces she believed were out to get her, Bishop broke into an abandoned farmhouse in New Hampshire as Fall was turning into winter. For a time, the apple trees on the property sustained her, but as we know from the very beginning of this film, she would never leave the house alive.

The Wider’s film has a bit of an Errol Morris feel to it, combining the expected on camera interviews with Linda’s family, friends, and other involved parties with more artistic passages utilizing the apples Linda lived on as their primary motif. It’s the kind of thing that takes what was already a compelling and informative film into the realm of art. 4 out of 4 stars.
Posted by Bob Ignizio at 3:08 PM