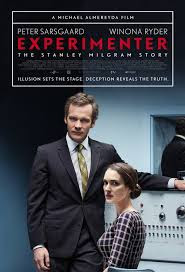 As of this writing a guy is going around the trash-tabloid media (which is pretty much the media in general) claiming to be the illegitimate son of iconic actor William Shatner. This dauphin wants something like $170 million in damages.


Damages?! KHAAAAAAN! Hey, if I could raise the funds, I would pay millions to go around claiming to be the illegitimate son of William Shatner. I was born in the right time frame, too. Do not get me wrong, I love both my parents. But if could finesse Shatner and my mother into agreeing that they shared a night of forbidden passion in Cleveland sometime around 1963, then I could go around being "Charles William Shatner Louis Cassady." I think that would really open doors for me, even in this deathbed-economy Cleveland job marketplace.


Imagine, I could let "dad" Shatner relax and take it easy on his ranch while I did all those Holiday Inn weekend fan conventions and TV guest appearances for him. I could sign my name to countless toy phasers, copies of Tekwar and old TV Guide issues with T.J. Hooker on the cover, as Mr. Shatners authorized heir/representative. I am even willing to maintain a long-running feud with anyone claiming to the illegitimate son of George Takei. It would be a great next generation thing, we can all agree.


Right now all I can offer you is this: if you see the new meta-biopic EXPERIMENTER, you will get to see the uncommon sight of actor Kellan Lutz playing William Shatner playing the late psychological researcher Stanley Milgrim. And where else can you get that?

In EXPERIMENTER (which flashed briefly through art-movie houses in 2015) filmmaker Michael Almereyda takes a tricky and clever approach in dramatizing the professional career (and a few bits, slightly more awkwardly rendered, of the private life) of maverick social psychologist/author Stanley Milgrim (played by Peter Sarsgaard). A son of Holocaust refugees, Milgrim seemed to have an innate, if not Freudian fixation on blind obedience and its pathologies.


In the opener, Milgrim gains fame for 1961 experiments at Yale in which he proved - against predictions of the smug psychological establishment - that ordinary citizen volunteers would administer electro-shock torture to distressed strangers, and could even be coached to escalate the voltage to deadly levels, as long as an authority-figure assistant in white lab coat told them it was acceptable. In fact, both the subject of the (sham) electro-shocks and the domineering lab-coat guy were actually Milgrim co-conspirators, play-acting pain and punishment.


The scary proposition here was that Americans, contrary to national mythology, could be easily pressured to go along with brutality and even institutionalized murder  just as had the masses of Europeans under Hitler and Mussolini; we are no different. In the movie version here, we see only one common-man subject who rebels and refuses to cooperate with the experiment. He is an electrician by trade who knows (he thinks) that he's actually going to be killing the unseen person in the next room with the stepped-up shocks. This was the rare exception; most dupes went along with it.


Milgrim encored the Yale infamy with other sneaky and manipulative behavioral tests in mass-conformity, some of them more comically benign  such as having his people planted in outdoor crowds, staring upwards. Soon many of the people around them would join staring skywards, fixedly at nothing (and, yes the movie does credit Alan Funt's pioneer prank-TV show Candid Camera with giving Milgrim a lot of these ideas).


Incarnating Milgrim in a lecture-hall ambiance, actor Sarsgaard continually addresses the camera; meanwhile Almereyda, playing the experimenter himself, toys with his own audience using crude rear-projection, obvious stage makeup and odd walk-ons (Abe Lincoln, an elephant in a room, etc.) in the background.


Result is an interesting, offbeat analysis of the researcher and the troubling implications of his work. And if the drama in the fictionalized Milgrim's private life seems a bit forced, it's still your chance to see the abovementioned deal with my adoptive dad: Kellan Lutz plays William Shatner acting the part of a Stanley Milgrim substitute in THE TENTH LEVEL, an actual 1975 CBS TV pic with Shatner and Ossie Davis, based on Milgrims work.


I did not see THE TENTH LEVEL myself, though I thought it got good reviews at the time as a brainy and prestige network movie-of-the-week, a pretty throwaway commodity at the time. Maybe I'll watch it on YouTube, where the telefeature is posted in its entirety. EXPERIMENTER seems to look a little sardonically upon its sci-fi lab sets and Hollywood kitsch and suggests the celebrity treatment of Milgrim getting to visit LA caused friction in the scientist's marriage (Winona Ryder plays the fetching wife; the real-life Mrs. Milgrim of today is briefly shown at the end). Even so, Shatner/Lutz even comments to provide his own insights into how some classic Star Trek moments seem to have fulfilled Milgrim's concepts of mass-audience manipulation and misperception.


I wonder if in real life it was Ossie Davis who talked intellectual matters with Milgrim on THE TENTH LEVEL set. But the creators of this film thought it would be more interesting if the Shatner character got to do that key dialogue. As George Takei would no doubt complain to me, there's goes your damn dad again, Charles, always stealing the scene from the others. (3 1/4 out of 4 stars)

Posted by Charles Cassady Jr. at 3:13 AM