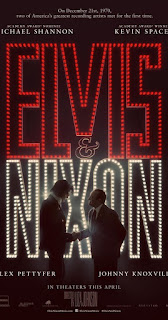 The infamous presidency of Richard Nixon continues to reverberate in American culture. Recently a quote surfaced from now-dead Nixon henchman John Ehrlichman, who admitted to a journalist in 1994 that the “War on Drugs” was aimed at neutralizing black people and the antiwar left.

The Nixon campaign in 1968, and the Nixon White House after that, had two enemies: the antiwar Left, and black people....We knew we couldn't make it illegal to be either against the war or black. But by getting the public to associate the hippies with marijuana and blacks with heroin, and then criminalizing both heavily, we could disrupt those communities. We could arrest their leaders, raid their homes, break up their meetings, and vilify them night after night on the evening news. Did we know we were lying about the drugs? Of course we did.”

It certainly sounds like something Nixon, a well-known racist and paranoiac, would do, though associates of Ehrlichman have insisted he was joking — he was such a kidder! — and if he wasn't joking, he was wrong about the drug war.
Felicitously, the revelation dovetails with Elvis & Nixon, a comedy directed by Liza Johnson, about Elvis Presley's unlikely visit to the White House, on December 21, 1970, during which Presley received a badge from the Bureau of Narcotics and Dangerous Drugs. A commemorative photograph of Tricky Dick shaking hands with The King is, as the film notes in an epilogue, the most requested photo in the National Archives.

There's a reason for that, though it seems to have eluded the filmmakers. The notion of Elvis, a notorious drug addict, becoming a federal drug enforcement agent is the height of absurdity. Before his death in 1977 at age 42, Elvis gobbled vast quantities of pills, prescribed by the infamous “Dr. Nick” Nichopoulos — painkillers, amphetamines, sedatives. All quite legal, because Elvis —like the heavy-drinking Nixon — despised illegal drugs, and the hippie counterculture associated with them.

The unlikely meeting of minds between the buttoned-up conservative president and the fading rock-and-roller — they both like law and order and despise hippies — makes it tempting to speculate about the content of their Oval Office conversation. (A 1977 TV movie also dramatized the bizarre summit.) The movie's screenplay, by Joey and Hanala Sagal, imagines their conversation rather convincingly. Nixon, initially reluctant to meet with the hip-shaking singer, finds himself warming to Elvis, who is, like him, a fellow military veteran from a humble background who loves his mother and his country and hates Communism.

The narrative is surprisingly faithful to actual events, with a few flights of fancy. We see Elvis (Michael Shannon, in a ghastly black wig and sideburns, massive sunglasses and enough gold jewelry to sink a battleship) at home in Graceland, watching a bank of televisions. He clicks through newscasts, disgusted to see nothing but protest marches, racial unrest and other domestic turmoil. As Elvis is reputed to have done, he shoots out the TV screen with one of his many handguns.

Bored and restless, he drives to the Memphis airport in the middle of the night to buy a ticket for the next flight out. After being detained briefly for packing guns (and avoiding trouble through the power of his celebrity) he ends up in L.A., where he visits his loyal friend and former “Memphis Mafia” aide Jerry Schilling (Alex Pettyfer), now a Paramount studio executive.

Elvis, who still causes stewardesses and other women encountered in his travels to flutter and swoon, has in tow his prized collection of honorary badges given to him by local law enforcement. He decides what he really wants is a federal narcotics agent's badge,and a meeting with the president. On the red-eye to Washington, D.C.. with Schilling, Elvis scrawls a long, multi-page letter to Nixon, in which he shares his concerns about the direction of the country and offers his services. “What kind of man would I be if I didn't offer to help?” he explains. Elvis believes that with “federal credentials,” he can infiltrate rock bands, the Black Panthers and other leftist groups. He even has a ready-made alias, “John Burrows.”

Elvis and Schilling deliver the letter at the White House entrance gate, where bemused guards pass it on to Nixon aide Egil “Bud” Krogh (played by Colin Hanks, son and min-replica of Tom Hanks). Krogh, an Elvis fan (and Watergate plumber who later did prison time), persuades Bob Haldeman (Tate Donovan) to make the meeting happen.

The jewel at the center of this slight, good-natured movie is Kevin Spacey as Nixon. Many actors have portrayed the disgraced 37th, but Spacey impeccably captures Nixon's posture, mannerisms and speech patterns. Spacey is a master impressionist, and this gift serves him well here.

Shannon's Elvis is less convincing. The illusion is disrupted by the garish wig and the fact that Shannon is sepulchrally thin, whereas 1970 Elvis was well on his way to obesity. To his credit, though, he plays Elvis in a quiet, recessive manner, maybe closer to the real Elvis than the usual caricatures. The script allows him some moments of self-reflection: rehearsing before a mirror for his meeting with Nixon, he talks about his stillborn twin, Jesse Garon, and his mother's sorrow. We get a sense of the prison of Elvis' fame when he wanders away from the Washington, D.C. hotel, to the alarm of his “minders,” Schilling and Sonny (Johnny Knoxville). He walks into the Maple Bar diner and mingles with the black customers, one of whom, improbably, chides him for appropriating black music.

Nixon, peeved at having to meet with “some goddamn rock-and-roller,” complains, “Who the fuck set this up?” Pressed by Krogh and Nixon's daughter Julie, the president agrees to the meeting, but insists: “I want him out in five minutes.” The five minutes stretches into a lengthy conversation, in which the president and the King, wearing that famous gold belt buckle as big as your head, bond over love of family, country, Dr. Pepper and M&M's. Elvis slams the Beatles as subversive, assures the famously insecure Nixon that he's “a good-looking man,” and presents him with a gift from his collection, a framed World War II Colt pistol.

Once the vaunted Oval Office meeting has happened, though, it's clear that the story has nowhere to go. A great deal of screen time is devoted to Schilling's divided loyalties — he needs to get back to L.A to have dinner with his girlfriend's parents, but Elvis wants him to stay. (A real nail-biter, that.)

The film is pretty thin, like Shannon's Elvis, but it's a likeable lark, even without the amusing irony of Elvis' addictions. Though not as period-accurate as it might be — figures of speech are used that were never heard in that decade — it's a pleasant excursion into the lighter side of Nixonland. 2 3/4 out of 4 stars.