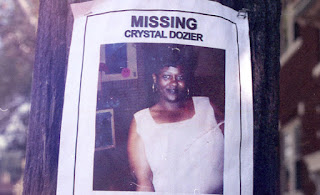 UNSEEN is not your typical true crime documentary. It doesn’t wallow in the morbid details of the murders committed by Clevelander Anthony Sowell, nor does it waste much time or effort in trying to suss out what might have motivated his acts of violence. Rather, it focuses on the victims, in particular those who survived their encounters with Sowell, and the ways in which an environment rife with drugs and poverty made it easy for police to dismiss both the women who went missing never to be seen alive again, and those who escaped and tried to seek help from the system to no avail. It adds a further dimension of horror to a story that was pretty horrible to begin with.

Also horrifying is the reaction of a local shop owner whose store Sowell used to frequent. At one point during director Laura Paglin’s interview with the man, he says he wishes there were more Anthony Sowell’s because he “took out the garbage.” He shows no reluctance to say this whatsoever, and one has to imagine that he’s simply saying what any number of others believe but know better than to say out loud.

Sowell is on Ohio’s death row now, and the women he killed have left behind families trying to deal with the fallout. And yet Paglin still manages to end her film with somewhat of an upbeat note that doesn’t feel cheap or out of place at all. Some of the survivors, all women who would have been dismissed by the shop owner as “garbage”, and who were very much dismissed by the authorities at the time, have overcome their ordeals and moved forward in their lives in ways few might have expected. And that, far more than trying to understand, and in the process glorify, yet another degenerate who killed women, is a story worth telling. 4 out of 4 stars.
Posted by Bob Ignizio at 10:05 AM