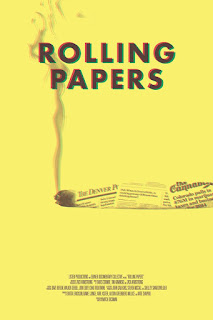 In 2014 the state of Colorado legalized marijuana for recreational use. In response, the Denver Post created the new position of marijuana editor, a position which it filled with Ricardo Baca. Ricardo sets out to cover the social and political ramifications of legalization for the paper and its online compaions, The Cannabist. He also hires a couple of reporters to be marijuana critics, one of them the mom of a 2 year old who also writes a column about being a stoner mom, and who in the film talks about the potential problems that remain with children’s services even in a state where cannabis is legal.

While it’s obvious from the start that Baca is pro legalization, he is by no means a mere cheerleader. In particular, he pushes for better labeling of THC content in edible marijuana products. Not everyone in the industry is thrilled by this. The film also delves into more substantive issues such as the how medical marijuana may be curing young children with serious illnesses, and to just what degree those treatments really are successful.

Perhaps the most important thing it does show is simply that legalization did not lead to the sort of chaos its critics predicted. That said, this is not the film to watch if you’re looking for serious, scientific analysis of whether medical marijuana is effective, or a serious look at the pros and cons of legalization on society. It just doesn’t go that deep. Worth a watch if this is one of your pet areas of interest, but by no means a crucial film on the subject. 2 ½ out of 4 stars.
Posted by Bob Ignizio at 12:29 AM