Repost: What We Do in the Shadows (February 19th at CWRU Strosacker Auditorium)

[WHAT WE DO IN THE SHADOWS screens Friday February 19th at 7, 9, and 11:00 pm at the Case Western Reserve University Strosacker Auditorium.] 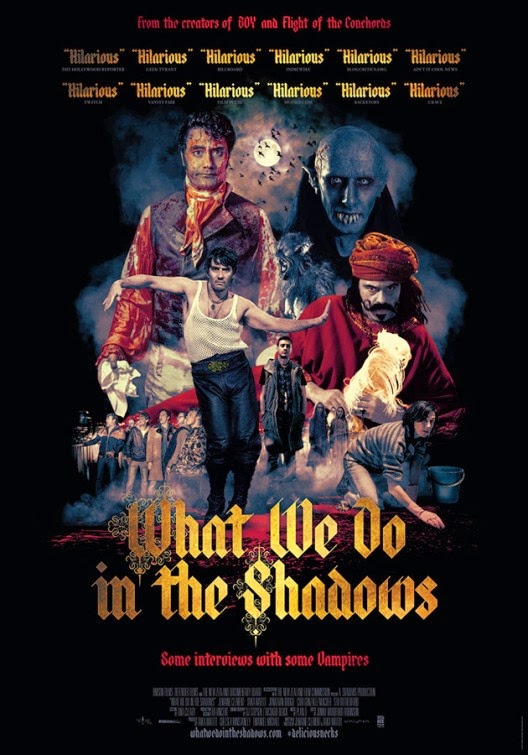 Although we get buckets of blood and gore o’ plenty, production values are classy and the violence comes off as not being campy or cheesy. There are also angles explored in this movie that have been previously overlooked in the vampire genre . The outcome of improper fang placement on a victim’s neck, the difficulty of persuading bouncers to gain entry into a club, the vampire counsel’s procession of shame and what stressing over an ex-girlfriend can do to a vampire’s complexion are all examined here in truly hilarious fashion. I can only hope that this is the first of many comedic collaborations with the writing/directing/acting tandem of Clement and Waititi at the helm. This is essential comedy. 4 out of 4 stars.
Posted by Bob Ignizio at 12:00 AM

Email ThisBlogThis!Share to TwitterShare to FacebookShare to Pinterest
Labels: Cleveland OH, comedy, CWRU Film Society, Movie Review, vampires, Wayne Richards, What We Do in the Shadows