Room (opens in Akron December 4th at the Nightlight Cinema)

[ROOM opens in Akron on Friday December 4th at the Nightlight Cinema.] 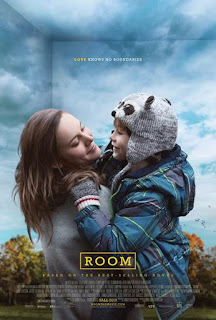 Each character is perfectly cast, Brie Larson is wonderful. The script was perfectly paced. I truly enjoyed this story and the care with which the movie treated the realistic characters. And now I’m going to call my mom and tell her I love her. 4 out of 4 stars.
Posted by Bob Ignizio at 12:38 AM