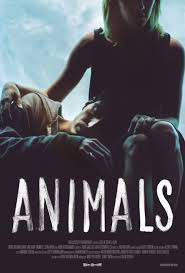 The prospect of a pro-marijuana vote on Issue 3 prompts me to weigh the pros and cons. The pro side? With marijuana legalized in Ohio, very likely every single person at the age of which one learns to walk and talk will be permanently stoned. Except for myself, of course; I never cultivated the drink-and-drugs-and-following-Ohio-State-football pathologies so pandemic around here. I must have been left on the doorstep of this place as an infant by another state.

Thus, with every Ohio citizen but me wasted out of their minds on reefer, I will really stand out as a job candidate in the hiring process. Maybe I could even get a living wage and benefits, as, being sober, I’ll actually be able to sign my name to an application form - immediately putting me ahead of 99 per cent of the competition with the workforce.

Thus, for me, a good argument in favor of Issue 3. Legalize it, by Jah!

But there is a “con” side as well. It has not come up among the foremost arguments against marijuana legalization put forth by police officers, teachers and healthcare professionals, but it is crucial nonetheless: See, if EVERYONE else is smashed out of their minds on dope, that equation includes bosses and heads of HR departments.

Hence, I will still continue to receive the type of Cleveland job-turndown form letters to which I have been accustomed all these decades. Only with a variation in the wording:

Ohhh man, I see you, like, applied to work here at this company maaaaan! Oh wow, like…no deal, duder. Upon careful review of your qualificions…qualfactions…quafilaocutions…that stuff you put in the application, maaaan, we decided to go with another candidate. The one who brought us all the dime bags of weed at the interview. Yeah, there were some stems and dried bugs, and the guys working security Bogarted a lot of the stash, but it was primo shit, maaan! You didn’t even offer one lid, maaan! You just don’t, like, fit in with our corporate culture. We wish you the best of luck in your future endeavors.”

I do not wish to suggest all local businesses and potential employers would behave like this upon marijuana legalization. Just government, utilities, medicine, arts, retail, hospitality, education, manufacturing, media and clergy.

There is another argument against marijuana legalization, of course. It is that pot serves as a “gateway drug” to worse stuff (and Cleveland has a whole neighborhood called Gateway, so is the writing on the wall or what?). The ongoing heroin epidemic, for example.

Movies have provided some classic portrayals of heroin use, from THE MAN WITH THE GOLDEN ARM to REQUIEM FOR A DREAM. Now there comes filmmaker Collin Schiffli's ANIMALS, which eschews not only a good many of the hallucinatory visuals but also the high-minded preaching and finger-wagging.

The setting is Chicago. Jude (scriptwriter David Dastmalchian) and Barbara (Kim Shaw) are two young smack addicts, both clearly from white, privileged, college-educated backgrounds; in fact, Jude had been a premed student, while Barbara comes from money but is severely estranged from her parents.

In between the occasional windfall that enables them to rent a hotel room or squat, the two live out of a rattletrap automobile (customarily parked by the Lincoln Park Zoo, referencing the rather unfortunate and misleading title). Adoringly devoted to each other as much as they are to the needle, the lovers run numerous scams to continue their habit, an us-against-the-world junkie idyll.

But it can't possibly last, as the pair lose their health, and their principle supplier gets picked up, leaving them prey to more thuggish street dealers who don’t extend them credit.

ANIMALS does not overtly judge these two addicts and their seemingly conscious-"empowered" lifestyle choice to go on a downward spiral together. And, somehow that makes the impact all the more severe, as the lovers’ desperation grows and their moneymaking strategies (including Barbara passing herself off as an escort) become more sordid. Will Jude or Barbara ever come to a line of degradation they simply can’t cross?

Then, in a happy ending [SPOILER ALERT], they both get hired at million-dollar salaries as starting quarterbacks for the Cleveland Browns. Okay, just kidding about that spoiler. But you were thinking it all this time, weren’t you?

In the subgenre that is addiction cinema, ANIMALS should have earned considerably more attention than it has. Perhaps on home video it will find the audience it deserves. Or, if marijuana “reform” takes on the dimensions that I fear it will, the title will be hot as a how-to film. (3 1/2 out of 4 stars)