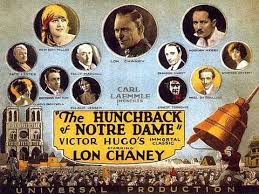 It’s true; with funding drying up, the world-famous Cleveland Orchestra now subsists by playing “Quiet Storm” R&B music in LeBron James’ place most nights. Yes, the whole orchestra just crams into a corner and sort of does slow jams for King James and wife and his visiting friends down there in suburban Summit County. Would we lie to you? You probably suspected it already.

Therefore, the Cleveland Orchestra cannot appear at Severance Hall this Halloween weekend to resume its “At the Movies” as an October special. Sorry. Maybe they can return to University Circle when NBA basketball season resumes and LeBron is back in training.

However, pipe-organist Todd Wilson will be soloing at the great keyboards of Severance Hall for a very special “At the Movies.”

This program was actually begun in late 2012, a setup in which local classical musicians of University Circle loosens up their black tie a little bit and performs live soundtrack accompaniments to projected images of great films of yesteryear, with silent-era immortals and Disney among the past attractions. This weekend is one of the great silents that is – gasp! – not far away from marking its 100th anniversary.

It’s THE HUNCHBACK OF NOTRE DAME. Closer by far to Victor Hugo's dark, epic novel than a recent Disney-cartoon musical treatment (don’t remind us), the picture, directed by Wallace Worsely was a 1923 sensation for early Universal Pictures. Most everyone who ever grew up reading Famous Monsters of Filmland magazine or assembling Aurora Monster Kit glue-together figures remembers it for the the extraordinary work of star Lon Chaney Sr., performing acrobatics under his own agonizingly grotesque makeup job as the deformed hunchback  Quasimodo.

As in the novel, he is a medieval foundling at the Notre Dame Cathedral of Paris, raised to be the church’s bellringer who falls in love from afar with the beautiful gypsy girl Esmeralda (Patsy Ruth Miller). Ultimately, the outcast Quasimodo becomes her defender against rioters and enemies both inside and outside the giant edifice. No, there are no singing, dancing gargoyles.

Yes, there are many critics who say that the 1939 RKO talkie version of HUNCHBACK OF NOTRE DAME, directed by William Dieterle with Charles Laughton in the title role is an even better film. But that shouldn’t detract from Chaney's achievement in making an iconic performance.

Todd Wilson will be improvising the score alongside the feature, at the concert hall’s mighty Norton Memorial Organ. And if he occasionally slips into some old-school funk in sympathy for his fellow troubadours spending the season at the James mansion, don’t be surprised. In fact, late word is LeBron has paid for the Norton Memorial Organ to be taken out and installed at his place, retrofitted with waa-waa peddles, for some George Clinton stuff. We expect Todd Wilson will be bringing a Casio keyboard, at least.