On the Edge Film Festival goes extreme, October 9 and 10 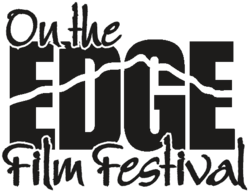 Such is the On the Edge Film Festival, in Cleveland's Ohio City. It hails from the same management that, for a number of exhilarating years, brought the touring Best of the Banff Mountain Film Festival to Playhouse Square.

It's very much cut from the same North Face/Polartec cloth, a two-day mini film fest devoted to outdoor adventure and "mountain culture," presenting the cutting-edge in outdoor/ski/nature/mountaineer filmmaking. These are the trails blazed by the likes of Warren Miller and Bruce Brown, and lately amped up by flying drones, GoPro and digital action-cam technology.

Friday night's feature-length program includes complimentary Red Bull, dessert and coffee, from 6 p.m. to 7:30 p.m., and then the show starts. Highlights include the half-hour NOBODY'S RIVER, chronicling four American women paddling a vast waterway through Mongolia and Russia; DOG DAYS OF WINTER, about the rise of freestyle skiing by those who originated it in the early 1970s; and FRANK AND THE TOWER, about a senior-citizen mountaineer scaling the rock formation featured in CLOSE ENCOUNTERS OF THE THIRD KIND.

On Saturday night the refreshments and reception lasts from 7 p.m. to 8 p.m. Scheduled spectacle includes THE WATER TOWER, a portrait of a mountain in Kenya that provides the African nation with more than 70 percent of its fresh water; CRAZY BEAUTIFUL THING, following a young female BASE jumper who pursues the extreme sport even though it recently killed her husband; and MAKING WAVES, about a Moroccan teenage girl determined to be an ocean surfer despite the disapproval of her Islamic culture.

Members of Bike Cleveland will operate a cash bar on both nights.

It all happens at the Breen Center for the Performing Arts, at 1911 W. 30th Street. Admission is $25 per night, or a two-night pass for $40. For more information, surf/ski to the website www.theedgefilms.com.