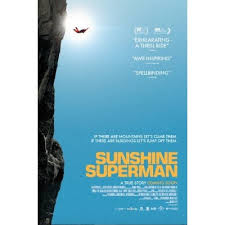 The death of near-mythic actor Sir Christopher Lee at age 93 brings up a melancholy reservoir of emotion for fans everywhere - but in my case, it just made me angry. Because once again, we behold how the debauched and corrupt world of commercial moviemaking cuts down young talents in their prime, leaving behind an unimaginable trail of casualties of the high-speed too-much too-soon lifestyle.

I mean, just look at the recent roll-call of the dead. Manoel de Oliveira. Lauren Bacall. Luise Rainer. Deanna Durbin. Joan Fontaine. Shirley Temple Black. And, of course, Mickey Rooney. Who knows how much more these individuals might have accomplished and done with their later years, had not Hollywood decadence used them up and destroyed them

And Sir Christopher Lee was noted for having possibly appeared in more movies than any other living actor. Talk about at-risk! Where were the social workers and the interventions?

Perhaps now there will finally be some legislation in place against movies and their depravity. Call it Chris' Law.

Oh well, the damage is done. And a new documentary in theaters shows a pastime in which Sir Christopher Lee might have indulged that might have been even more self-destructive.

It's SUNSHINE SUPERMAN, a CNN-Norwegian production (that's an odd collaboration, you ask me) in which director Marah Strauch retells the story of Carl Boenish, an extreme skydiver who more or less invented the near-suicidal sport of BASE jumping. That's where one parachutes not out of an aircraft but a structure of some sort - cliff faces, or skyscrapers or any artificial structure, if sufficiently tall. It seems the rules of BASE jumping are very different at such low altitudes, and thus more dangerous.

In an interestingly synergistic footnote to the current parental anti-vaccine hysteria, it's noted that as a boy Boenish contracted polio from the allegedly harmless vaccine against the dreaded disease, which made him an invalid for a year. That may or may not contributed to his later penchant for extreme and on-the-edge aerial feats.

While working as an engineer at Hughes Aircraft, the outgoing Boenish started filming his own skydiving, and he landed a behind-the-scenes role coordinating aerial footage for John Frankenheimer's 1969 parachute drama THE GYPSY MOTHS. Boenish never looked back after that, specializing in free-falling cinematography and capturing amazing celluloid of skydivers.

Consider this, internet kids: he had to use mechanical celluloid-film cameras, not digital GoPro devices or even lightweight tape-based camcorders that wouldn't come until much later. Celluloid film. Look it up.

In the 1970s he went even further, with (illegal) skydiving off El Capitain in Yosemite National Park (after numerous run-ins with rangers he pushed for making the site a legal dive spot). Thus was BASE jumping born, Carl filming the freefalls with a sort of giant equivalent of a Selfie Stick. Then there were the skydives in cities and off bridges, covered with fascination by the media but often disconcerting to cops and locals.

(I do wish Marah Strauch had acknowledged renegade tightrope walker Philip Petit, subject of 2008's docu-feature MAN ON WIRE, who might have paved the way, at least in the USA, for the acceptance of such modern daredevils).

Along the way Boenish met and married - after what sounds like a sweet G-rated courtship - a demure girl named Jeanie, who despite her mild nature and reserved personality, embraced BASE jumping and skydiving with just as much all-or-nothing enthusiasm. One who is completely unacquainted with the world of BASE jumping will have noticed by this point that Carl Boenish [SPOILER ALERT] isn't around to speak for himself on camera, a tipoff that perhaps something went severely wrong during one of his stunts. And, sure enough, there is a recounting of how, immediately after he and Jeanie had a public triumph, setting a Guinness record in the mountains of Norway for a 1984 David Frost TV special, Carl went back for one more leap, and...

One anecdote suggests that there was some sort of mystic-Christian component to Carl's death-defying acts (he was a practicing Christian Scientist), but without the man to speak definitively for himself, all is just inference and the recollections of the sweet-natured Jeanie. I guess another filmmaker with a darker agenda could have put a GRIZZLY MAN-type grim spin on the same material, but this one seeks to validate Boenish and his worldview. The film ends with tremendous sequence of modern aerial "wingsuit" BASE skydiving, and you can't look away.

Carl Boenish also felt an obsessive need to preserve snatch those adrenaline-rush moments from time and film whenever possible - thus providing a boon of archival material for this documentary, although it seems many scenes were recreated using actors, including Marah Strauch portraying Jeanie.

The soundtrack, mixing classical music and rock oldies (yes, the title tune included) is a trip all in itself. SUNSHINE SUPERMAN provides a feast for the senses indeed, even if it never convinces me to want to go off the side of a mountain.

And it doesn't begin to compensate for the loss of Sir Christopher Lee. Chris' Law, people. Pass it and perhaps we can still save Betty White. (3 out of 4 stars)