Some new 'Faces' in Ohio's indie horror scene - 'Faces' shows at the Horror Hotel this weekend.


[Press release from the filmmaker.] 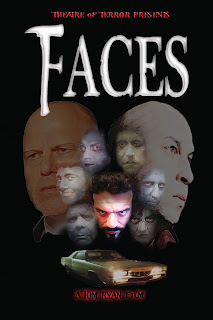 Theatre of Terror (www.theatreofterror.net) is coming to Hudson and they’re bringing their multi-award winning independent film “FACES” with them! As an official selection of the International Horror Hotel Film Festival and Convention the film has already won Best Suspense/ Thriller in the feature film category and is now in the running for Best Feature overall. The story’s focus is Jersey City resident Frank Walker. Frank is reaching wits end trying to keep his life in order as his money and mental troubles gradually get worse. With hints about a troubled past we begin to understand that Frank’s behavior may have origins we aren’t privy to. One night, after experiencing yet another failed job interview, he takes a long hard look at himself and makes a decision that will change his life forever. This begins the dark psychological journey into Frank’s mind.

Representing the film at the festival will be writer/director and lead actor Tom Ryan and veteran actor Edward X. Young. Mr. Young has appeared in over 70 independent films and has been nominated for the Best Supporting Actor award at the Horror Hotel for his role as the snide Henry Benson. The festival takes place at the Clarion Inn in Hudson, Ohio from June 5th thru June 7th with “FACES” screening on June 5th at 6:55 p.m. ( www.horrorhotel.net)

“FACES” is already considered a rousing success for this small independent film company from New Jersey. Besides premiering at the Landmark Loews Theatre to a crowd of over 250 horror fans, it has received award nominations in almost every category. The list includes Best Actor/Tom Ryan (won), Best Supporting Actor/Paul Gmitter, Best Supporting Actor/Edward X. Young (TBD). Best Soundtrack (won), Best Screenplay, Best Special FX, Best Feature, Audience Choice Best Feature (won), Best Indie Feature 2014 (2 awards). On a budget of less than $1000 this talented team has demonstrated what can be done with a great story and a clear vision. Ohio horror fans are encouraged to attend this screening as well as the Actor’s panel with Mr. Young and the Director’s panel with Mr. Ryan taking place on June 6th. They will share the secrets of low budget indie filmmaking and selling signed posters, DVDs and other merchandise all weekend.

For more on Theatre of Terror please visit their website at www.theatreofterror.net or visit their facebook page. DVD’s are available for purchase online.
Posted by Bob Ignizio at 12:00 AM