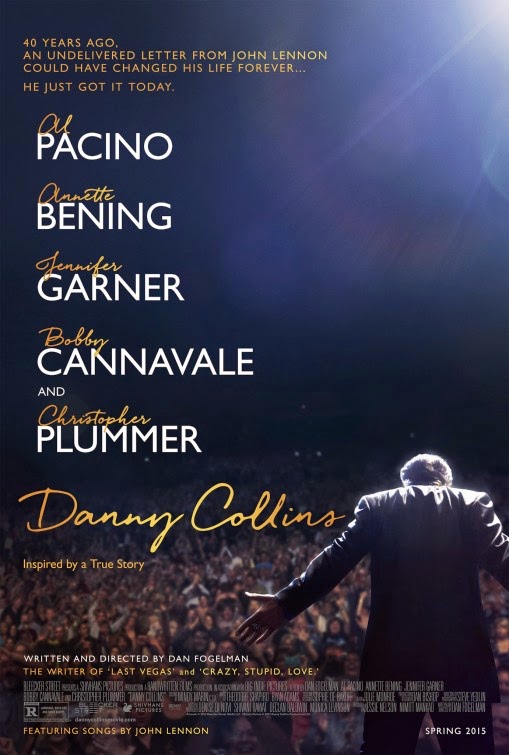 A British folk singer, Steve Tilston, sat for an interview in 1971 with a London underground-music magazine called ZigZag. The interviewer asked Tilston whether he thought fame and fortune would affect his music. Tilston replied, “Yes, it would have a very detrimental effect.”

John Lennon read the interview, and wrote Tilston a letter. In it, the ex-Beatle shared his own thoughts on fame, fortune and music. "Being rich doesn't change your experience in the way you think,” Lennon wrote in his highly recognizable hand. “The only difference basically is that you don't have to worry about money - food - roof - etc, but all other experiences - emotions - relationships - are the same as anybody's. I know, I've been rich and poor and so has Yoko," Lennon wrote, “So whadya think of that,” and shared his phone number , inviting Tilston to call him and talk.

Tilston didn't get the letter. It was addressed to the magazine, which kept it, and later someone sold it, presumably for a lot of money (a 2010 estimate put its value at $10,300). It came into the hands of an American collector, who contacted Tilston, who was flabbergasted that John Lennon had written to him 34 years ago.

This true story of a missed connection makes you wonder. While Steve Tilston did have moderate success as a musician, releasing more than twenty albums, what would have happened if he'd had that chat with Lennon? Would it have changed his music, or his life?

Dan Fogelman's DANNY COLLINS is a riff on this anecdote, with this cutesy proviso at the opening: “This is kind of based, a little bit, on a true story.” Steve Tilston becomes, in the movie, Danny Collins, an American pop superstar somewhat improbably played by Al Pacino, draped in flashy jackets and long, flowing scarves, belting out his greatest hits at concerts packed with elderly ladies cheering for his big, long-ago hit, “Sweet Baby Doll.” The movie's rock-star template is closer to Neil Diamond (his signature song even rhymes with “Sweet Caroline”) than John Lennon.

Danny is a jaded rock star, with the usual appetite for booze and cocaine, which he keeps in a hollow cross pendant (a nice touch). He enjoys the fruits of his fame, including a much younger, sexy fiancée, a huge mansion and a Mercedes Gullwing automobile (a museum piece rarely seen on the roads.) Backstage after a show, Danny is depressed by his birthday (“I'm way too old to be putting all this shit up my nose”), and his longtime manager, Frank (Christopher Plummer) tries to cheer him with a gift: a framed copy of the unseen Lennon letter, which Frank has purchased from a collector.

The letter is a revelation to Danny, reminding him of how far he's strayed from his early, folksinger purity. (In the opening scene, we saw the young Danny, played by a dead-ringer for young Pacino, sitting for the magazine interview.) He breaks up with his fiancée, Sophie (Katarina Cas), who's been cheating on him anyway, and has Frank cancel the rest of his tour (a move that in real life would have serious contractual consequences). He drives off in his multimillion-dollar car and sets himself up at a Hilton in New Jersey, where he dazzles the young staffers and tries to date the prim, bespectacled hotel manageress, Mary (Annette Bening), who's rather unimpressed by Danny's rock-star dazzle.

Fogelman has fashioned in Danny a character so affable that you have to like him, no matter what. Danny arrives home one afternoon, walking in on Sophie (Katarina Cas), who's been in their bed with her young lover. Rather than flying into a rage, Danny calls for the man to come out from wherever he's hiding. “It's okay,” he says, “I'm not mad.” Fogelman has a certain comic flair: because Sophie has told him she occupies her days with “busy work,” Danny gives her boyfriend the nickname “Busywork.”

Danny knocks on a door in suburban New Jersey, in search of the son he never knew. There he encounters a chatty blond child named Hope (Giselle Eisenberg) and her expectant mother, Samantha (Jennifer Garner, who has over the years perfected the weepy-pregnant-lady thing). Samantha and Hope welcome the grizzled celebrity apparition, but not so Danny's son, Tom (Bobby Cannavale), who is enraged. What a big boy he is, too. The disparity between father and son's stature make you wonder how he sprang forth from the slight, 5'7'' Pacino. Tom's late mom must've been an Amazon.

Tom orders Danny to leave and never darken his door again. He looks for all the world as if he's going to pummel him. But Danny is not so easily dissuaded from making amends with his son who, it turns out, was the product of a one-night stand. Having learned that little Hope suffers from ADHD, Danny pulls strings to wangle an interview at a special school and arranges to pay the tuition. Slowly, Tom warms to his prodigal dad, and shares with him a grave secret he's been keeping from his wife. I won't spoil it, except to say that Fogelman really ladles on the melodrama. To quote Thelma Ritter's Birdie from ALL ABOUT EVE, “Everything but the bloodhounds snappin' at her rear end.”

Lennon's letter also inspires Danny to get back to writing songs, and his efforts, composed at a Steinway he has delivered to the hotel, sound pretty bad (something about the falling of autumn leaves), but are meant to sound newly sincere.

As an old-guy road-trip redemption movie, this isn't half bad, but as a movie about an artist inspired by John Lennon, it's wildly inapposite, something you're reminded of every time a Lennon song plays between scenes. Lennon himself disliked sentimental songwriting. He once called Paul McCartney's neo-vaudeville songs “granny shit,” and about Paul's “When I'm 64,” averred, “I would never dream of writing a song like that.” The use of Lennon's songs – everything from “Imagine” to “Instant Karma” - to decorate a sticky movie seems off point. Lennon, I think, would have a good laugh about it.

Wouldn't, by the way, the story of the Lennon letter have been more interesting if it tracked, for instance, a British musician who never quite made it and is now driving a taxi or working at a factory? Making the story about a man who achieved the heights of pop superstardom also seems a little tone-deaf. What does long-ago Lennon have to teach this Danny?

Nevertheless, the film is sweet and occasionally very amusing. It's fascinating to see Pacino humanize this character, who in less eminent hands could have been a cartoon, and the acting duets between Pacino and Bening, Cannavale, and especially Plummer, are entertaining. 2 3/4 out of 4 stars.