Story of My Death (April 2nd at the Cleveland Cinematheque)

[STORY OF MY DEATH screens Thursday April 2nd at 8:00 pm at the Cleveland Cinematheque.] 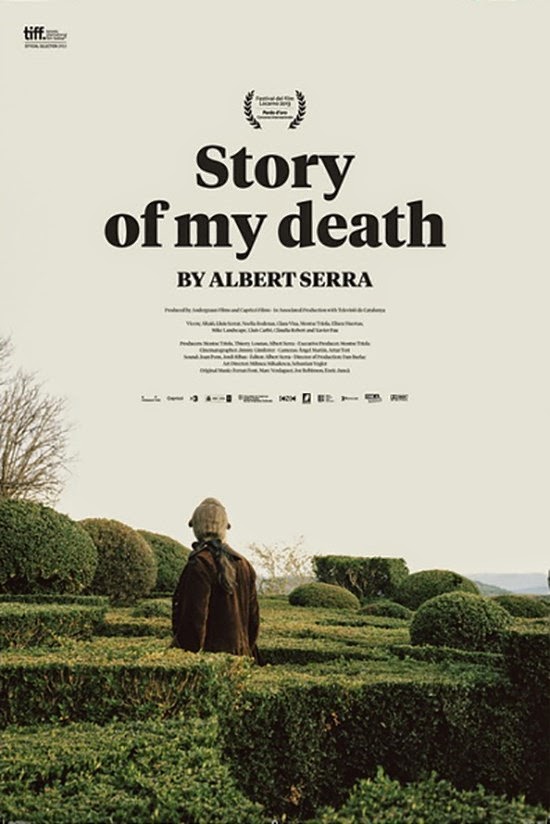 The pitch for STORY OF MY DEATH is “Casanova meets Dracula”. It's a concept with considerable potential for eroticism, horror, drama, and even comedy. Sadly, as it turns out, it also has the potential to be a tedious slog.

Getting up there in years, Casanova (Vicenç Altaió) decides it's time to write his memoirs. With his assistant Pompeu (Lluís Serrat) in tow, he philosophizes and womanizes in Switzerland for about an hour and a half. The great lover then makes his way to Transylvania where he stays at a house with several attractive women of varying degrees of willingness. You might think things would get more exciting when Dracula (Eliseu Huertas) shows up and bites some of the ladies, turning them into vampires as well, but you would be mistaken.

There's little in the way of plot, just a lot of Casanova holding forth with his opinions. Occasionally he takes a break to eat shit straight from the source, or to engage in more traditional sexual escapades. Whatever the case, he seems quite amused with himself, and to be fair some of these scenes are genuinely funny, or at least clever.

Writer/director Albert Serra creates a contemplative mood with mostly static compositions, minimal editing, and low lighting. For a while it's enough to pull one in, but eventually it becomes a chore to keep watching. Are there some interesting ideas and arresting visuals to be had? Sure, and no doubt there is a small audience of art film aficionados who will find the film exquisite based on those few tidbits. STORY OF MY DEATH is obviously a film of great skill, intelligence, and passion, but sometimes that's just not enough. I wanted to like it, but mostly I just wanted it to end. 2 out of 4 stars.
Posted by Bob Ignizio at 12:00 AM