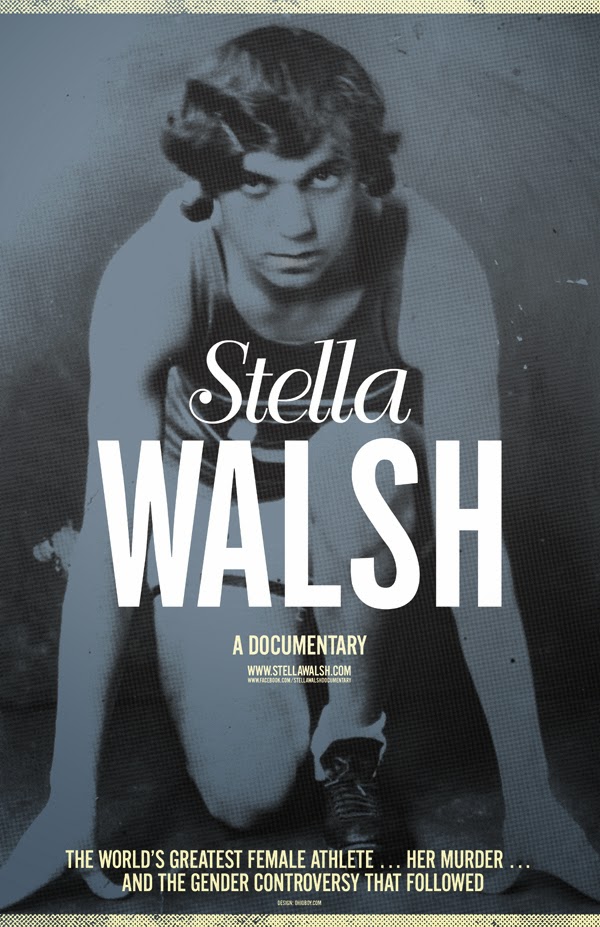 “Stella Walsh,” a short documentary about the Olympic athlete of the same name by Akron filmmaker Rob Lucas, will screen at the Cleveland International Film Festival on March 25, 2015.

Walsh, who lived most of her life in Cleveland, was one of the most celebrated female athletes on the planet. She had thousands of medals, ribbons, honors and fans from around the world. Her popularity continued for decades after winning a gold medal running the 100-meter dash for Poland in the 1932 Olympics, until she was killed during a robbery in a Cleveland parking lot and it was discovered that she had ambiguous gender.
The fifteen-minute documentary explores the life of Stella, her death and her gender controversy through interviews with friends, trainees, members of the media, and a geneticist from Akron Children’s Hospital, as well as photos and archival footage from years of in-depth research.
Writer/director Rob Lucas started shooting “Stella Walsh” in 2010. He currently works as the managing editor for Gray & Company, Publishers and serves on the board of Akron Creative, the nonprofit organization that operates The Nightlight Cinema in downtown Akron.
The screening will take place March 25, 2015 at 9:20 p.m. during the Ohio Shorts Program 2 at Tower City Cinemas (230 W Huron Rd., Tower City Center, Cleveland, OH). Tickets can be purchased at www.clevelandfilm.org starting on March 6. They are $15 for the general public and $13 for members of the Cleveland International Film Festival.
“Stella Walsh” has also been accepted to several international film festivals and programs, including the 2014 Short Film Corner at the Festival de Cannes, the 2014 Austin Film Festival (nominated for Best Short Documentary), 2014 Chagrin Documentary Festival, 2015 Slamdance Film Festival (nominated for Best Short Documentary), 2015 Florida Film Festival (nominated for Best Short Documentary), 2015 Garden State Film Festival (nominated for Best Short Documentary), and the 2015 Fargo Film Festival.
Posted by Bob Ignizio at 12:31 AM