The Duke of Burgundy (February 21st and 24th at the Capitol Theatre, February 26th at the Apollo Theatre) 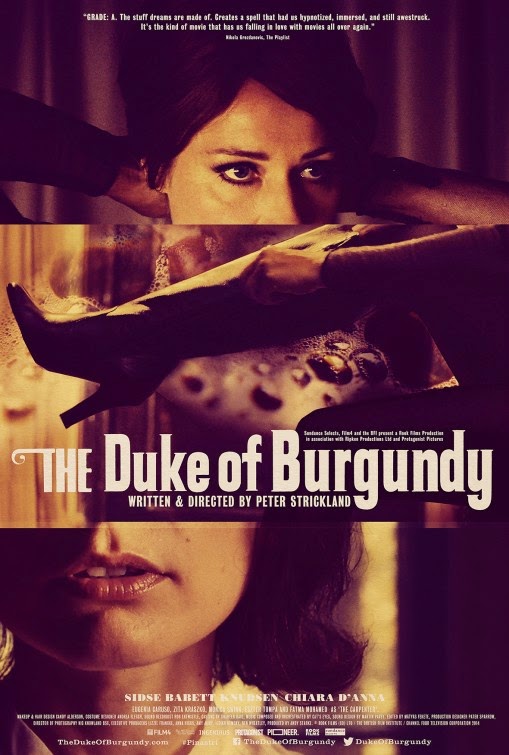 THE DUKE OF BURGUNDY is unapologetically a sex film that never treats its subject's proclivities as unhealthy or something that needs to be changed. Cynthia and Evelyn love each other, but that doesn't change what gets them off. That said, it also understands that there is more to a relationship than just sex, and that however much two people may love each other, over time sexual tastes and appetites may drift apart. Somehow a balance has to be found in which both women can continue to get what they each need from their relationship. It's a far more realistic and mature look at love than one generally sees on film.

Stickland conceived his film as an homage to prolific filmmaker Jesus “Jess” Franco, in particular Franco's more polished films of the late sixties/early seventies, many of which were based on or inspired by the works of the Marquis de Sade. He captures the spirit of Franco's films perfectly, but doesn't stop there. Instead he brings it forward into the present to be molded and transformed into something fresh and personal. There are stylistic and thematic similarities to the softcore Eurotica classics of yore, but this is no mere pastiche. Those looking for a campy nostalgia trip won't find it here. Instead, what they will find is a genuinely erotic and surprisingly deep and human love story told with skill and style. 4 out of 4 stars.