Orson Welles film series at the Cleveland Museum of Art 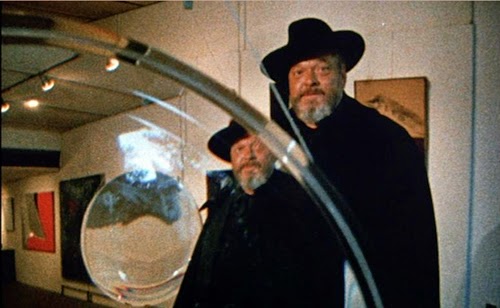 Cleveland Cinematheque director John Ewing is presenting the following series at the Cleveland Museum of Art in honor of the 2015 Orson Welles Centenary. The series opens on Sun., Jan. 11 with CITIZEN KANE. All films will show in the art museum’s Morley Lecture Hall.
F for Fabulous: Five Films for Orson Welles’ Centenary
January 11 – February 27, 2015
Born in 1915 in Kenosha, Wisconsin, producer/director/writer/actor Orson Welles revolutionized movies, radio, and the theatre. One hundred years later, he remains a larger-than-life figure who is still regarded by many as the greatest film director who ever lived. We commemorate his centennial year with five of his best known masterpieces, all projected from 35mm film. Special admission to each film is $10; CMA members, seniors 65 & over, students $8; no vouchers or passes.