[Press Release from Not So Silent Cinema.] 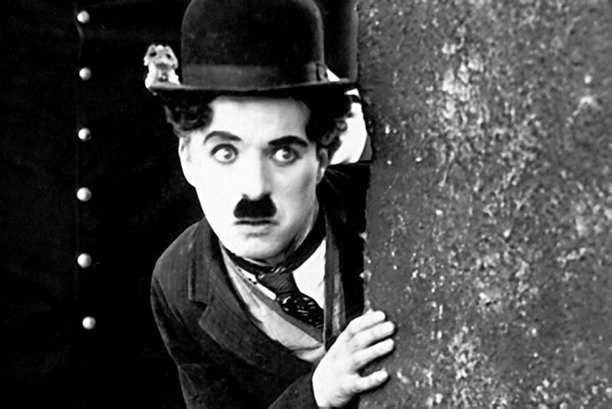 Nobody does it like Charlie Chaplin! Perhaps the most iconic film star of all time, Chaplin pioneered aspects of acting, directing and writing that shaped the course of cinema history. This program, featuring several short films Chaplin made for Mutual Film Company in an exhilarating two year run in 1916-1917, show the rapid evolution of Chaplin's style from no-holds-barred slapstick to nuanced emotional storytelling.

“You won't be able to hear a pin drop…And you're not likely to be able to sit still either.”
–Philadelphia Inquirer

Not So Silent Cinema presents these classic films with new original scores composed by the group’s founder Brendan Cooney. "There is something quite devilish about Chaplin," says Cooney. "Whether he's the guest at a fancy ball, or a waiter in an up-scale restaurant, Chaplin's narcissism quickly erodes any semblance of civility and sucks everyone involved into mayhem." Cooney's scores, clever deconstructions of classical and popular melodies, capture this descent into mayhem. Chopin's "Minute Waltz" evolves into a boogie-woogie. A Gymnopedie by Erik Satie transforms itself into a swaggering blues. In addition to capturing the comedic contrasts of Chaplin's films this compositional approach also captures the mood of the decade, a time when jazz was quickly permeating the musical soundscape of America. These original scores feature Martha Hyde on clarinet, Lisa Lishke on cello, and Brendan Cooney on piano.

Not So Silent Cinema, is a project created by composer Brendan Cooney to perform “historically evocative” original scores to classic films from the 1910s, 20s, and 30s. The project began as a one-off performance of the vampire classic Nosferatu on Halloween, and since that time Cooney’s handpicked ensembles have wowed audiences throughout the country at venerable theatres like the American Film Institute, ArtsQuest, the Jacob Burns Film Center, and more.
Posted by Bob Ignizio at 1:52 PM