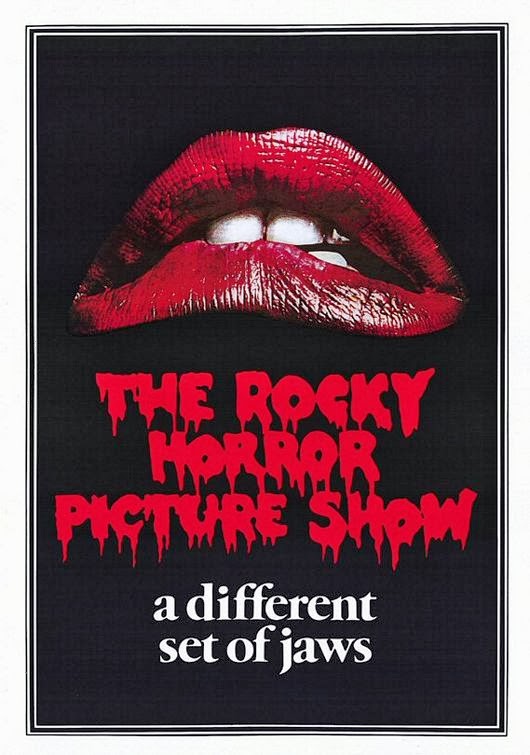 STAND BY ME
Cedar Lee Theatre,
February 7, 2015, 9:30 PM and midnight, $5
Rob Reiner directed this adaptation of a Stephen King short story about four friends who go on a journey to see a dead body. Blueberry pie eating contest before the 9:30 PM show.

RESERVOIR DOGS
Capitol Theatre
February 21, 2015, midnight, $5
Quentin Tarantino’s directorial debut about a group of criminals brought together to pull off a jewel heist. Win a copy of “Like a Virgin.”

BRING IT ON
Cedar Lee Theatre,
March 7, 2015, 9:30 PM and midnight, $5
Kirsten Dunst is the new captain of her cheerleading squad who must deal with the fact that all of her teams winning routines were stolen from another school. Dress as a cheerleader and get a free popcorn.

BIG TROUBLE IN LITTLE CHINA
Capitol Theatre
March 21, 2015, midnight, $5
Kurt Russell and John Carpenter team up for this genre bending comedy about a trucker doing battle with an ancient Chinese sorcerer. Wear a trucker hat and get a free popcorn!

UHF
Cedar Lee Theatre,
April 4, 2015, 9:30 PM and midnight, $5
Weird Al Yankovic stars as a TV station programmer whose bizarre programs all turn out to be big hits. Arrive early for your chance to win prizes when you spin our “wheel of fish!”

ALIEN
Capitol Theatre
April 18, 2015, midnight, $5
In this chilling sci-fi horror film the crew of a space ship must deal with a killer new species with acid for blood. Win some TUMS to help with that stomach ache.

12 HOURS OF TERRIBLE
Cedar Lee Theatre,
May 2, 2015, 6:00 PM to 6:00 AM, $25 in advance, $30 day of show
Sometimes a bad movie is so terrible it’s better than a good movie. For one night the Cedar Lee Theatre is going to embrace bad as the new good with our first annual 12 HOURS OF TERRIBLE when we showcase these 7 films that have to be seen to be believed: Plan 9 from Outer Space, The Happening, The Baby, Drive Angry 3D, Miami Connection, Masters of the Universe and Over the Top. Attendees who stays for the entire series from beginning to end will receive $5 back as their reward.

PREDATOR
Capitol Theatre
May 16, 2015, midnight, $5
Arnold Schwarzenegger and his team of Special Forces find themselves being tracked and killed by an alien hunter out to collect skulls as trophies. Win some mud!

Special promotions to encourage audience participation are planned for most films and include a free popcorn give-away for BRING IT ON for anyone dressed as a cheerleader and a blueberry pie eating contest before the 9:30 PM showing of STAND BY ME.

In addition to the films above the Cedar Lee Theatre continues its monthly showings of the perennial cult classics THE ROCKY HORROR PICTURE SHOW and THE ROOM each month.  THE ROCKY HORROR PICTURE SHOW plays the first Saturday of each month at midnight and features a live interactive cast performance by the resident cast, Simply His Servants.  THE ROOM plays the second Saturday of each month at midnight.

Admission to MELT BAR & GRILLED LATE SHIFT films is $5 with the exception of ROCKY HORROR (admission is $9 or $6 if you come in costume) and THE 12 hours OF TERRIBLE tickets are $25 in advance or $30 day of show. Tickets are available at the theatre box offices and www.clevelandcinemas.com at least two weeks prior to each show.

MELT BAR & GRILLED LATE SHIFT is sponsored by the Melt Bar & Grilled, Scene and The Alan Cox Show on 100.7 WMMS.

About Melt Bar & Grilled
Melt opened in September 2006 with one goal: To provide gourmet grilled cheese sandwiches and as many beers as possible in a cool and comfortable environment. No bar food. No boring choices on tap. And something for everyone: it's Cleveland-friendly, slightly kitschy, and memorable. It's relaxing, energetic, and fun. The menu has many staples, but it's always changing. There's new stuff to look at, and new stuff to try. Which is why Melt has only one major recurring “problem"—it's busy all the time! And no wonder: Melt specializes in one thing, and one thing only: that original goal mentioned above. This explains the regulars, even those who'll drive an hour to be here. It's an entity—a family—not merely a restaurant. Actually, it’s more of an event.