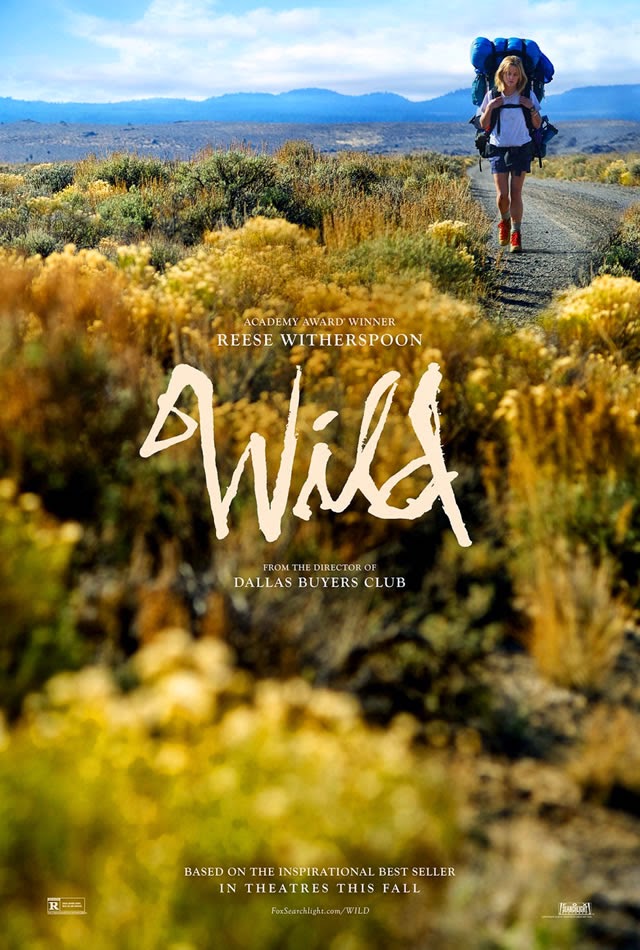 In her memoir Wild: From Lost to Found on the Pacific Crest Trail, Cheryl Strayed writes of her 1,100-mile journey on the PCT — a 2,663-mile hiking trail that runs from the U.S. Border with Mexico to the U.S.-Canada border — to heal herself after the death of her mother, her descent into heroin addiction and promiscuity, and her divorce. Strayed undertook the three-month solo desert trek without much knowledge or preparation, and the book details her injured feet, lost toenails, encounters with rattlesnakes, and the strain of her impossibly heavy backpack, dubbed “The Monster” by fellow hikers on the trail.

The book is highly polarizing. Some readers were enthralled by Strayed's “transformational journey,” while others were repulsed by the author's narcissism and sordid revelations, which include but are not limited to: neglecting, then shooting, her late mother's horse; eating her mom's ashes(!); cheating on her husband, drifting into random sex with strangers; having an abortion after an affair with a heroin addict; and, in a (weird) symbolic act, changing her surname to “Strayed.” There are indications that the memoir may not be entirely reliable – as an Oprah's Book Club selection, it resides alongside James Frey's A Million Little Pieces. Nevertheless, it was a No. 1 New York Times bestseller.

Reese Witherspoon was nonetheless taken with the book and decided to produce and star in a movie adaptation. It's a well made film that has the benefit of direction by Jean-Marc Vallée, the talented French Canadian director of DALLAS BUYERS CLUB, from a serviceable screenplay by novelist Nick Hornby and featuring lovely cinematography by Yves Bélanger.

Vallée, who is also a skilled editor, tantalizes the viewer with flashes of dimly lit debauchery, a technique he used to good effect in DALLAS BUYERS. In this film, we get vivid glimpses of Cheryl's sex-and-heroin-fueled past, as well as wrenching flashbacks to her life with her sunny, adored mother (Laura Dern) and her abusive father, and her mom's cancer diagnosis and early death. Phone calls and letters explore her strained but affectionate relationship with her ex-husband, Paul (Thomas Sadoski). Witherspoon's “America's sweetheart” looks, even without makeup, are an interesting contrast with the tough-girl character who gets, with her husband, matching horse tattoos to commemorate their divorce.

A feminist theme runs through Cheryl's recollections. In a flashback, we see that Cheryl's mom enrolled in college at the same time she was a student, and they discuss, to Cheryl's embarrassment, Erica Jong's “zipless fuck.” Later, her mom laments, “I was never in the driver's seat in my own life.” Cheryl takes along on the trail too many books, including feminist writer Adrienne Rich's Dream of a Common Language. There are message boxes provided along the trail, and Cheryl leaves in them quotations by famous writers, which she signs, annoyingly, “By Robert Frost and Cheryl Strayed” and “By Walt Whitman and Cheryl Strayed.” (I am reminded of the legend about movie director Sam Taylor that has his 1929 The Taming of the Shrew carrying the credit, “Screenplay by William Shakespeare with additional dialogue by Sam Taylor.”)

Because Cheryl has chosen to walk alone, she encounters hazards – hunger, snakes, rain, too-small boots, a curious fox. Most dangerous, though, are men, most of whom look upon the attractive blond girl as prey (shades of DELIVERANCE ). Too many scenes consist of men either slavering over her like the wolf in a Warner Bros cartoon or going out of their way to help the girl who becomes known as “the Queen of the PCT.” Some of these scenes are genuinely harrowing, like the one in which Cheryl is begging a ride from a farmer and discovers a pistol in his truck. More strange is the man who stops on the roadside where she's hitchhiking to interview her for the “Hobo Times.” The reporter says his stories are sometimes picked up by Harper's. “I want to write for Harper's,” Cheryl protests. “I don't feel like being their 'bum of the month.'”

Having not read more than an excerpt of Strayed's memoir, I can't say definitively that it's a bad book, but it appears that the film's weaknesses are due to the limits of Strayed's writing. The main problem is that it's unclear how the wilderness trek transformed Cheryl or helped her “walk myself back to the woman my mother thought I was.” We do know she ended up with a new husband, children, and a successful writing career. Because of Witherspoon's flair and charisma and the exceptional talent of Vallée and company, a (possibly) bad book has been made into a pretty good film. 3 out of 4 stars.
Posted by Pamela Zoslov at 1:37 PM