This Ain't No Mouse Music! (December 12th at the Cleveland Cinematheque)

[THIS AIN'T NO MOUSE MUSIC! screens Friday December 12th at 7:30 pm at the Cleveland Cinematheque.] 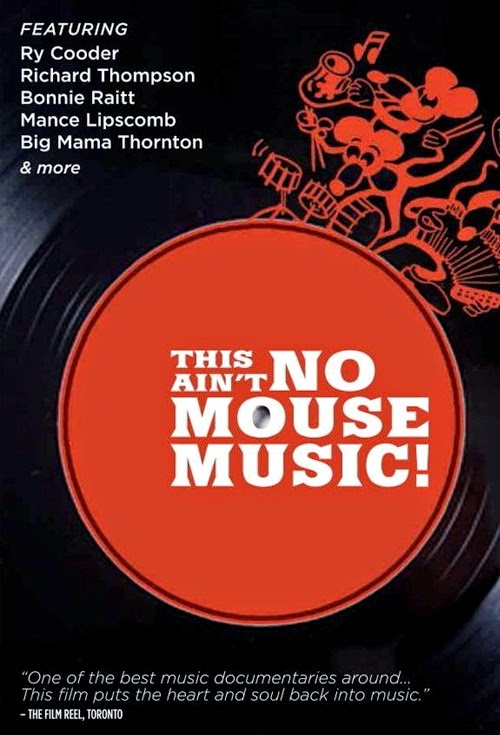 Frank Zappa once wrote, “American radio listeners, raised on a diet of shit, have experienced a musical universe so small they cannot begin to know what they like.” It's fair to say Zappa was not talking about Chris Strachwitz, the subject of Maureen Gosling and Christopher Simon's documentary feature THIS AIN'T NO MOUSE MUSIC!. His musical tastes cover everything from blues to zydeco to bluegrass to klezmer music to, well, just about any style of music you can imagine. But as one interview subject in the film says, as much music as Chris loves, he hates even more. Anything inauthentic or “wimpy” he dismisses as “mouse music”.

Since 1960 Strachwitz has tirelessly tracked down obscure but important musicians to record them and release albums through his Arhoolie Records label. His first release was by bluesman Mance Lipscomb, and its success among folk and rock fans of the time led to Lipscomb finding unexpected success in his twilight years. Many other artists followed, with the quality of the music always being of far more importance to Strachwitz than the potential record sales. Nonetheless, the result of Strachwitz' efforts recalls another quote. Brian Eno once said that the first Velvet Underground album only sold 30,000 copies on its initial release, but, “everyone who bought one of those 30,000 copies started a band.” Stachwitz may not have done even those kind of numbers with most of his releases, but nonetheless he is probably a big part of the reason why the zydeco music scene is now as well known and vibrant as it is instead of dying out.

Surely Strachwitz deserves some kind of medal for his efforts to preserve American musical traditions that might otherwise have vanished. I'm just not sure if he deserves a feature length documentary. As is often the case with music documentaries, the film comes to life whenever there's footage of some legendary artist performing. But Strachwitz himself just frankly isn't all that interesting, at least based on what we see of him. This is a man with no wife or family who evidently only cares about one thing; music. That's great, the world needs people like that. But there's so little of interest about Strachwitz that he kind of fades into the background of his own film. It's still pleasant enough to watch, particularly for die hard music geeks. In a year crowded with music and show business documentaries, though, this one just doesn't stand out. 2 ½ out of 4 stars.
Posted by Bob Ignizio at 12:00 AM