Mel Brooks: Make a Noise (Now on video and Netflix) 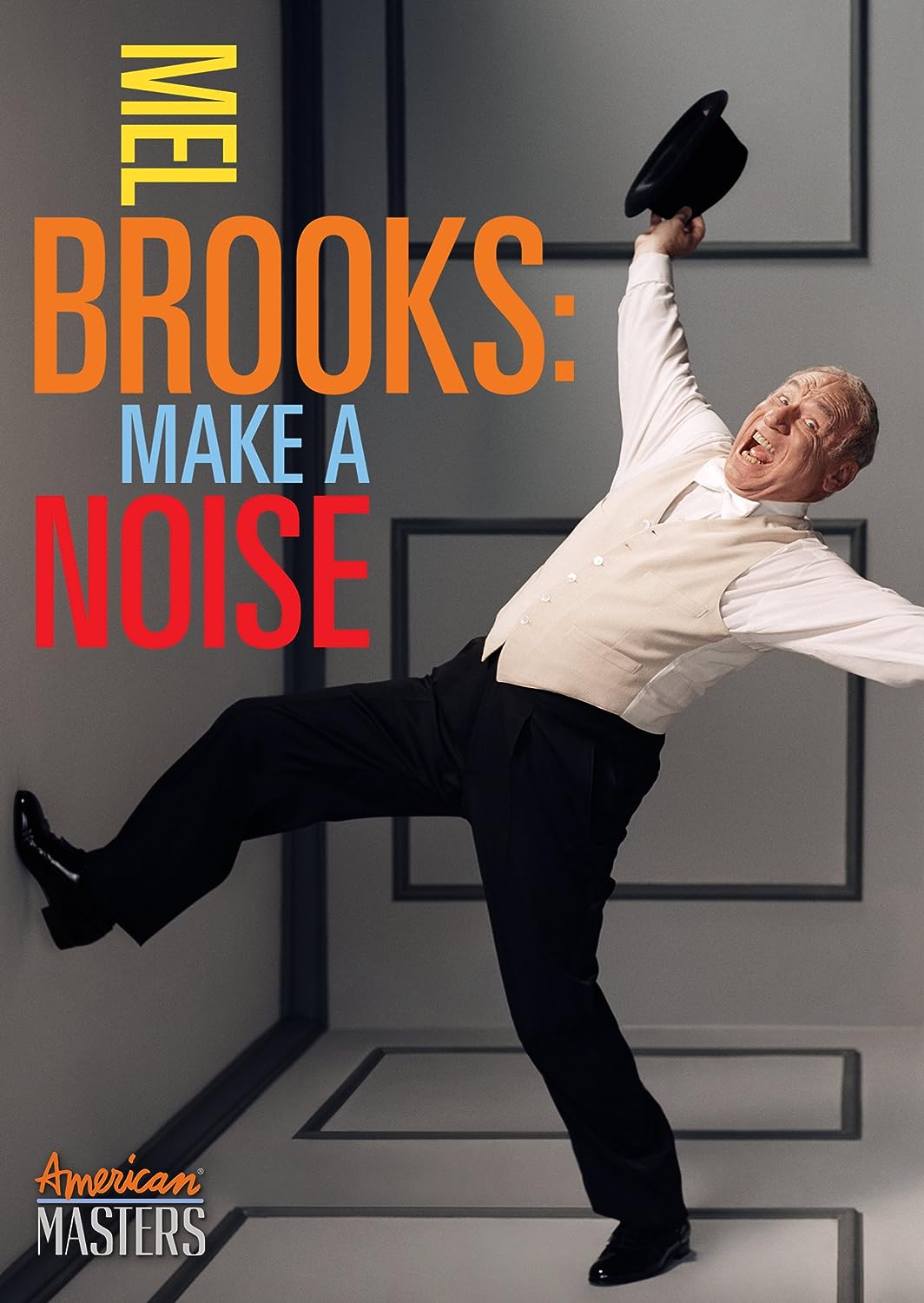 To call Mel Brooks a comedy legend would be understating his importance to the history of comedy and would undervalue the impact he has made on the entertainment world.  He’s on the Mount Rushmore of comedic filmmakers, and his unique approach to get the big laugh is what sets him apart.  As a writer, actor, producer and director, he is one of the few extraordinary talents to earn each of the four major showbiz awards: an Oscar, a Grammy, an Emmy and a Tony.

MEL BROOKS: MAKE A NOISE (2013) is an outstanding offering from the award-winning PBS biography series AMERICAN MASTERS, a television program that has lauded the achievements of illustrious Americans since 1986. The affair kicks off with a bustling Mel Brooks introducing himself by way of a cappella song, belting out an obnoxious tune that encapsulates his tendency toward self-admiration, while at the same time letting his charming arrogance shine.  The artist’s ego is a running theme which a delightfully cavalier Mel Brooks is keenly self-aware of, and to which notable comedy heavyweights earnestly attest to throughout the film.

Mel Brooks' show business aspirations began at the age of nine, after his uncle brought him to see Ethel Merman in a Broadway musical. The spectacle left him in tears, with an epiphany that revealed his special purpose. From there, the documentary examines how Brooks values his Jewish faith, being raised without a father, his service in the Army during WWII, and the impact of his divorce and the consequential breakdown and battle with depression that lasted for years.  Brooks went on a journey from being completely broke and suicidal to generating an avalanche of creative work that spawned the NBC spy comedy GET SMART, the insanely successful franchise of THE PRODUCERS, and an amazing year in 1974, which saw the release of both BLAZING SADDLES and YOUNG FRANKENSTEIN.

Another theme highlighted in the film is the influence Brooks had on featuring women in comedy. He was a pioneer in showcasing the talents of funny females.  In fact, it was his second wife, Oscar-winning actress Anne Bancroft, who inspired the formation of his production company Brooksfilms.  Although Brooks is primarily known for creating genre-spoofing comedies, Brooksfilms has produced numerous landmark drama and horror films, including THE ELEPHANT MAN, MY FAVORITE YEAR, FRANCES and THE FLY.

Director Robert Trachtenberg keeps things a bit loose, varying his camera shots from standard close-ups to wide panoramas that allow the viewer to be brought into the behind-the-scenes operation.  Flat screen monitors, intrusive boom microphones, dormant crew members and radiant background lighting (unceremoniously blinding at times), are blatantly on display.  Trachtenberg doesn’t adhere to the typical chronological documentary format either.  There is a definitive beginning and end, but the order in between seems to be determined by the significance of the many enjoyable stories told by the luminaries fortunate enough to have been involved in Mel’s projects.

Brooks closes out the documentary in trademark loony fashion, mugging directly to the camera and facetiously imparting his wisdom to the viewers on the pitfalls of consuming sugar, while pleading for us to be mindful of the health benefits of citrus fruits.  He goes on to list the fruits available to us, once again transforming the absurd into comedy gold.  To the notion of writing his singular brand of comedy with an audience in mind, Brooks says, “I don’t really do anything for the audience, ever.  I always do it for me and most of the time the audience joins me.”  4 out of 4 stars.