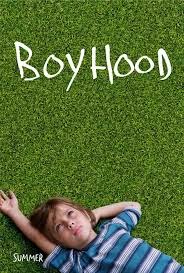 I'm just gonna' say it. I don't think 2014 was that bad a year for the movies. Granted, we're far from the halcyon days of the seventies, when the major studios let then young, cutting-edge directors like Spielberg, Coppolla, Scorcese, Lucas, Altman, and so many more run loose, while at the same time enough moviegoers were willing to watch subtitled and/or dubbed films to insure a steady stream of foreign product flowed into both the arthouses and grindhouses. Still, despite multimillion dollar crapfests like the latest TRANSFORMERS movie, I saw a lot of good movies this year. I saw a lot of mediocre and bad ones, too, but I prefer to be a glass half full kind of guy.

As in years past, my list of the year's best films is divided in two: 10 scripted films, and 10 documentaries, with some unranked “honorable mentions” thrown in for good measure. To be eligible for my lists, a movie had to have its theatrical premiere in Cleveland in 2014. Straight to video titles that debuted this past year are eligible as well. That leaves out a few of the movies you will likely see on a lot of best of the year lists like INHERENT VICE and SELMA. Even if I had seen these films (which, in these cases, I haven't), I wouldn't consider putting them on my list simply because they haven't opened in Cleveland yet. So with that out of the way, on to the lists.

10. FRANK – A funny but heartfelt look at the cult surrounding “eccentric” (or downright mentally ill) musicians, and whether their problems are the source of their creativity, or an impediment to it. Michael Fassbender gives the year's best performance by a guy wearing a giant paper mache head.

9. COLD IN JULY – A smartly written, stylishly shot crime drama with a great cast and some fresh twists on formula. Based on a novel by Joe R. Lansdale, the guy who wrote BUBBA HO-TEP.

8. WE ARE THE BEST! - No talent, no instruments? No problem! Three Swedish middle school girls start a punk rock band and find their own kind of success.

7. THE BABADOOK – A beautifully realized representation of the idea that the real horrors are the ones lurking in our own minds, and the more we try to repress them, the worse they are when they inevitably come bursting out.

6. CAPTAIN AMERICA: THE WINTER SOLDIER – The most morally complex and serious minded of the deluge of super hero films released in 2014 deals with actual themes and ideas beyond good vs. evil, commenting on the political realities of our modern surveillance age among other things. On top of that, it's still loads of fun. The fact that much of it was shot in Cleveland by Cleveland born filmmakers Joe and Anthony Russo is just icing on the cake.

5. ONLY LOVERS LEFT ALIVE – You think everything sucks now compared to how it used to be? Just imagine how much worse things must seem for a centuries-old vampire. Jim Jarmusch takes a moody and melancholy look at the undead in this icy cool romantic drama/not quite a horror film.

4. THE GRAND BUDAPEST HOTEL – Another exercise in inspired artifice from director Wes Anderson, this one centered around a shady hotel concierge played by Ralph Fiennes and his young protege. It bears little resemblance to reality, but for those on the same wavelength it's a sheer joy to watch. For those who aren't, it's probably sheer torture.

3. IDA – A woman raised in a convent and about to take her vows discovers the shocking truth about her parents from the Aunt she never knew she had, sending her life into confusion just when she thought it was all planned out. IDA boasts two of the best female performances of the year, a thoughtful script dealing with powerful themes in a subtle manner, and grim yet stunning black and white cinematography. Feels like a lost masterpiece of sixties European arthouse cinema.

2. THE DANCE OF REALITY – Another story of boyhood, but this one focuses as much if not more on the protagonist's deeply flawed father. Written and directed by midnight movie legend Alejandro Jodorowsky (his first film in 23 years), so it's visually stunning and often quite surreal.

1. BOYHOOD – I really tried to find another movie to put in my number one slot, but I just couldn't. Like virtually every other critic in the country, I found Richard Linklatter's 12 years in the making BOYHOOD to be such a truly singular work that perfectly captured the transformation of boy into young man with insight, humor, and pathos, it just had to take the top spot.

Honorable Mentions:
A GIRL WALKS HOME ALONE AT NIGHT, BIG HERO 6, BIRDMAN, BLUE RUIN, DAWN OF THE PLANET OF THE APES, DRUG WAR (technically a 2013 release, but it premiered in Cleveland in 2014), FELONY, GUARDIANS OF THE GALAXY, JOE, THE LAST DAYS, THE LEGO MOVIE, LOCKE, MOEBIUS, NIGHT MOVES, NYMPHOMANIAC VOLUME 1, OMAR, THE SACRAMENT, THE SELFISH GIANT, SNOWPIERCER, UNDER THE SKIN, WETLANDS, THE WIND RISES, X-MEN: DAYS OF FUTURE PAST (which, as much fun as it was, probably didn't deserve the 4 out of 4 star rating I gave it. More like a 3, maybe 3 ½).


10. VIRUNGA – Life in the Democratic Republic of the Congo is rough for its people and its endangered wildlife.
9. I AM DIVINE – A look behind the public image of Divine, the legendary star of John Waters' early films.
8. AS THE PALACES BURN – One of the cool things about documentaries is they can start as one thing and turn into something completely different. Had this just been a standard rock doc about the band Lamb of God and their fans as it was intended to be, I wouldn't even have watched it. But when the band's vocalist arrives in Prague to play a show and gets arrested at the airport for manslaughter, things get interesting.
7. AMERICAN PROMISE – A fascinating look at the different experiences two African-American boys have with the American education system over the course of 13 years.
6. NEVER SLEEP AGAIN – Sure, there are subjects more deserving of a four hour documentary than the NIGHTMARE ON ELM STREET film franchise. Nonetheless, this extremely thorough film proves to be way more interesting than you'd expect, shedding light not just on the ELM STREET movies, but on the workings of Hollywood in general.
5. THE INTERNET'S OWN BOY – Documents the life and tragic end of entrepreneur, activist, and computer genius Aaron Swartz.
4. FINDING VIVIAN MAIJER – A stash of photographs offers up a treasure trove of history and brings a previously unknown artist to light. But who was she?
3. JODOROWSKY'S DUNE – Filmmaker Alejandro Jodorowsky reminisces about a movie that might have been, and almost manages to will it into existence.
2. LET THE FIRE BURN – Can't imagine why this one didn't make the Academy Award short list, but whatever. This film about the efforts of the city of Philadelphia to remove the radical MOVE organization from their home, and the disastrous effects resuting therefrom, is composed entirely of footage shot at the time of the incident and shortly thereafter. An important piece of forgotten U.S. History preserved.
1. THE OVERNIGHTERS – A boom town in a bust economy leads to unforeseen problems for the small town of Williston, North Dakota, while one Reverend's efforts to help lead to unexpected revelations. Not that the social issues this film raises are unimportant, but it's just an incredibly compelling story.

Most of the year's bad movies were just mediocre, which in some twisted way is almost worse than if they were flat out awful. Still, there were a few that went above and beyond the call of duty to make me wish the medium of cinema had never been invented. And there was also one glorious film that had that indefinable something that makes a true “so bad it's good” schlock classic.

COPENHAGEN – Insipid manic pixie dream girl indie rom com drivel.
CABIN FEVER: PATIENT ZERO – An excruciatingly stupid horror prequel nobody asked for.
24 EXPOSURES – Pretentious mumblegore horror that goes nowhere.
108 STITCHES – This sports comedy desperately wants to channel the spirit of late seventies/early eighties slobs vs. snobs classics like CADDYSHACK, but fails to deliver even one laugh.
WORDS AND PICTURES – Another awful rom com, this one aimed at the over forty set, that also tries to shoehorn in some sort of message about education.
BAREFOOT – See COPENHAGEN.
WINTER'S TALE – Awful fantasy romance claptrap with delusions of significance.
RIDE ALONG – Idiotic buddy comedy.
TRANSFORMERS: AGE OF EXTINCTION – Over 3 hours of mindless CGI dogshit so bad, I couldn't even finish watching it.

FATEFUL FINDINGS – The one inspired effort on this list, even if it's still a failure. It's an utterly incompetent sci-fi/conspiracy/romance/thriller filled with moments of jaw-dropping absurdity that have to be seen to be believed.
Posted by Bob Ignizio at 12:00 AM