[THE RISE AND RISE OF BITCOIN opens in Cleveland on Friday October  3rd exclusively at the Cedar Lee Theatre.] 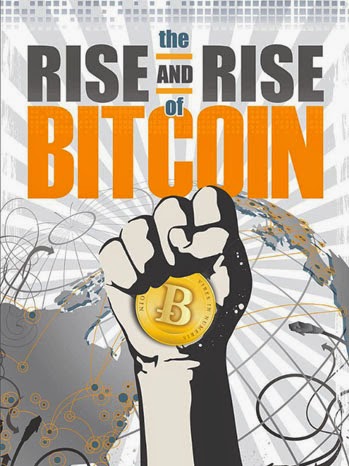 All it takes for a form of currency to become legal tender is for enough people to accept it. Of course that's the trick, isn't it? San Francisco eccentric Emperor Joseph Norton managed to pull it off on a small scale in the 1800s, printing his own money that local merchants treated like actual cash, but in general the only money most people value is the kind that's tied to a nation or other governmental entity. Bitcoins, a virtual form of money designed to circumvent manipulation by any central authority, just might change all that.

THE RISE AND RISE OF BITCOIN sets out to explain just what a bitcoin is, how it came to be, and why it's important. In relating the short history of this new form of currency, the film, despite its title, doesn't shy away from some of the bumps in the road to bitcoins becoming a widely accepted form of cash. Considering that history includes such potentially alarming aspects as the inventor of bitcoin operating under a fictitious name before disappearing, early usage of the currency to trade in black market goods like illegal drugs, and several drastic ups and downs in value, bitcoins have done a pretty remarkable job of moving towards mainstream acceptance, even if not everyone is convinced.

Director Nicholas Mross was inspired by his brother David Daniel, an avid bitcoin supporter and early adopter, to make this film. David Daniel is also a writer and producer on the film. Given that, it's perhaps inevitable that THE RISE AND RISE OF BITCOIN feels a bit like cheerleading at times, even with showing some of the negatives in the history of bitcoin. Not enough to invalidate the film, though, and for anyone just wondering what the heck bitcoins are and why they should care, this is as good a place to start as any. 3 out of 4 stars.