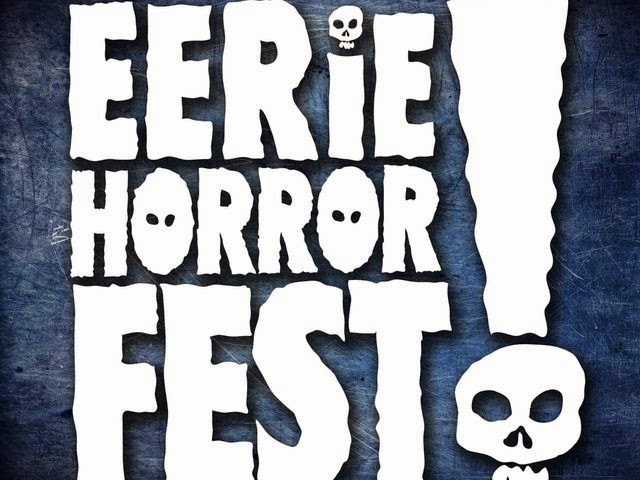 There's supposed to be a spirit of optimism in Cleveland right now. LeBron is back with the Cavs. The GOP Convention is coming. The Browns won a game or two. Well, if you want to know the truth, those couple of Browns games were really just FBI sting operations; once they got the opposing teams on the field, the other players were all arrested en masse for domestic violence. Browns only won by default. So there will have to be that asterisk in the sports record books.

The point is, that one should be properly skeptical whenever the spirit of "optimism" prevails in Cleveland. Commonly it's a setup for things just going bad again. So why not this weekend escape when, I dunno, "EbolaFest" downtown turns out to be one of the city's less better ideas, and set your destination on a place a safe distance from the North Coast.

How about Erie, Pennsylvania? Right over the border, the Keystone State Metropolis is the site of the Eerie Horror Fest, a Halloween happening that, in 2014, marks its milestone 10th anniversary.

There will also be a Friday-night concert from an all-mummy band, memorabilia vendors, a horror-genre screenplay contest, and an abundance of screenings of macabre shorts and features from all over the world (including animation), and, for VIP pass-holders, an acting workshop with Richard Hatch. Suddenly LeBron coming back doesn't sound like such a big deal anymore.

For full information about the Eerie Horror Fest, go online to the new URL www.eeriehorrfilmfestival.com
Posted by Charles Cassady Jr. at 12:00 AM