[THE BLUE ROOM opens in Cleveland on Friday October 24th exclusively at the Cedar Lee Theatre.] 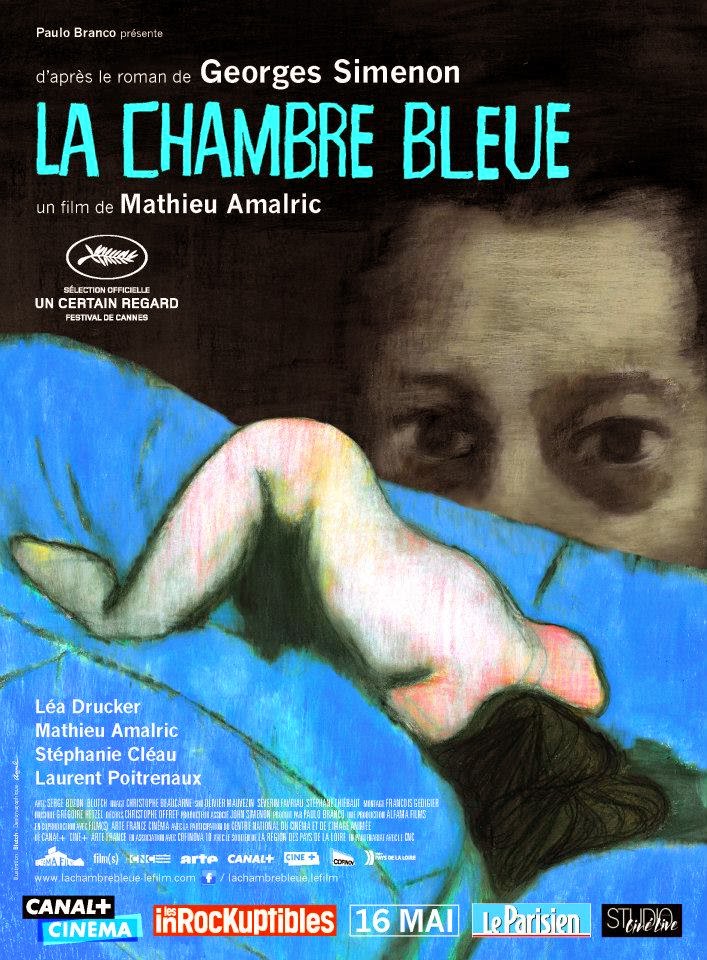 In the afterglow of the act, Esther starts pressing Julien about taking their relationship to the next level. He halfheartedly replies to her questions, seemingly agreeing with her but really not paying enough attention to know what he's agreeing to. And then the film flashes forward to Julien being interrogated by the police and various lawyers, apparently charged with some crime. Not only is the film a who dunnit, but for much of its brief (75 minute) running time, it's a “what have they done?” as well. Eventually after enough flashbacks and flash forwards, it becomes apparent that Julien's wife and Esther's husband have died, ostensibly murdered. But what exactly happened? It seems as if even Julien isn't sure if he's guilty or innocent.

And therein lies either the problem with or the appeal of THE BLUE ROOM. One viewer's subtle is another's maddeningly vague, and I'm afraid I fall in the latter camp with this one. The performances are outstanding and Amalric's direction taut, but his film is ultimately more frustrating than thought provoking. One admires the efforts to craft a complex work that requites its audience to fully engage, but the rewards for doing so are rather slim. 2 out of 4 stars.
Posted by Bob Ignizio at 12:00 AM