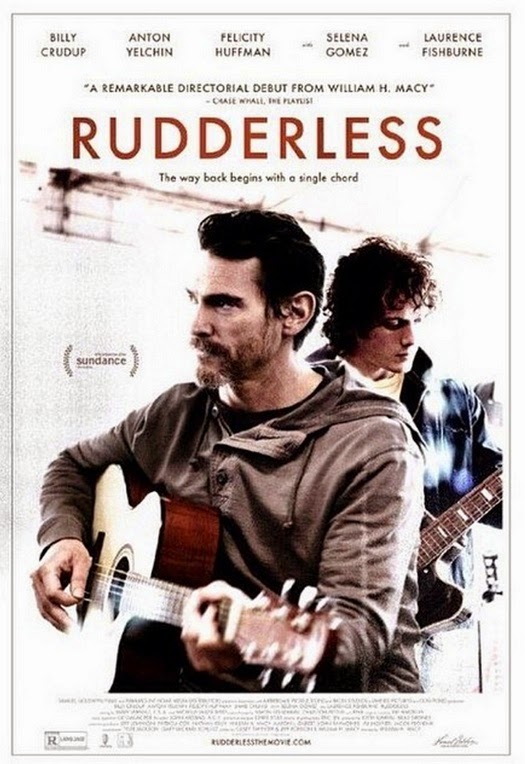 Workaholic Sam (Billy Cruddup) is devastated when his college student son is killed during a campus shooting. Unable to process his grief, Sam crawls inside a bottle, loses his job, and takes up living on a boat, painting houses to make ends meet. When his ex-wife Emily (Felicity Huffman) stops by to drop off some of the boy's belongings, Sam discovers a stash of song demos and lyric books, revealing a side of his son that he never knew about. And the songs are good, too.

Sam eventually gets up the courage to perform one of the songs at an open mike night. Local musician Quentin (Anton Yelchin) is impressed, and tries to convince Sam to perform with him. Before he realizes it, Sam finds himself roped into being in a band. The group's setlist is composed entirely of songs written by Sam's son at first, which Sam is passing off as his own compositions. Regardless, the group has amazing chemistry and starts to work their way up to local popularity through steady gigging at a local watering hole. The son's ex-girlfriend shows up to call Sam out on playing songs that aren't his, but things are going too good to stop. Besides, as Quentin tells Sam, these songs want to be heard.

Up to this point, RUDDERLESS is a fairly by the numbers affair. Thanks to believable performances and the subtle direction of actor William H. Macy it's more compelling than it ought to be, and the depiction of what it's like for a band to start out at the bottom and work their way up is more realistic than movies generally portray, but still, nothing that really stands out plot or theme-wise. And then the movie throws a genuinely surprising curve ball.

It's hard to really get into the meat of the film without mentioning what that curve ball is, but at the same time it would be unfair to spoil it for audiences (plus the distributor of the film has asked that reviewers not give it away). What I can say is that it doesn't feel like a cheap stunt, but at the same time I'm not sure the film deals with the issues raised by the twist in as much depth as it might have. There are repercussions, but at the end of the day things still play out as you would expect, with Sam's deception causing friction in the band and endangering the almost fatherly relationship he's developed with Quentin.

There was a chance here to tell a story that seldom gets told, and to some degree RUDDERLESS does that. Unfortunately it winds up falling back on formula rather than explore the issues it raises in any real depth. One can't help but wish it had reached for something a little more profound, but what's here is still good. Not surprisingly given that Macy is an actor turned director, this is an actor's kind of movie. In addition to first rate work by Cruddup and Yelchin, the movie also offers Lawrence Fishburne one of the better film roles to come his way in some time, even if it is a small one. And given that this is a film largely concerned with music, it doesn't hurt that the songs, all original to the film, are genuinely good. 2 ½ out of 4 stars.
Posted by Bob Ignizio at 12:00 AM