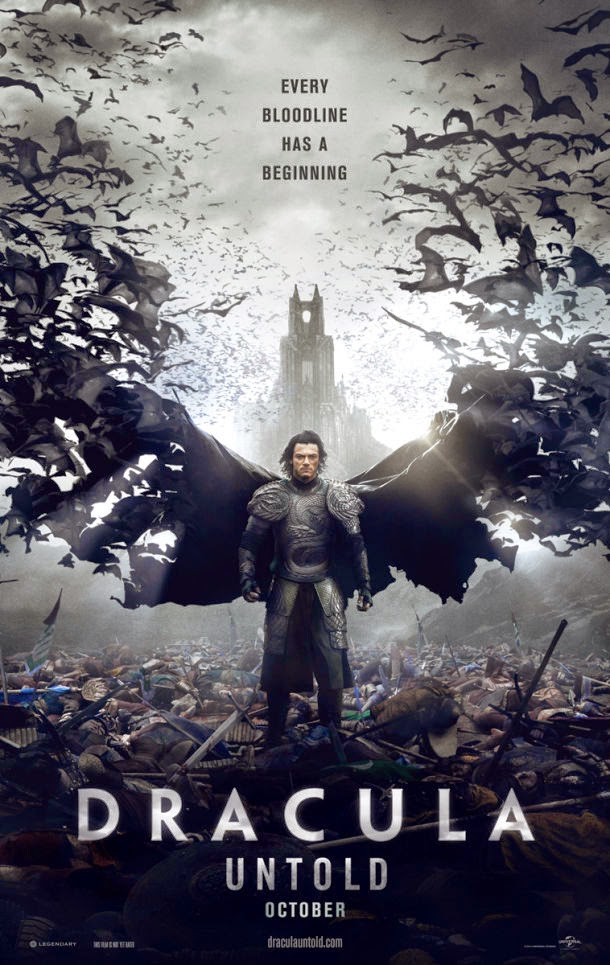 Bram Stoker would scarcely recognize the protagonist of DRACULA RISING. Rather than the terrifying yet seductive monster of the classic novel, this Dracula is more of a tragic action hero. Neither is there much about him that would be familiar to any historian despite efforts to tie the fictional Count Dracula to the real life 15th century Prince and warlord. Just for starters, this Vlad is Transylvanian, whereas the historical Vlad was ruler of Wallachia. If you're not that concerned with historical accuracy or fidelity to the source material, however, DRACULA RISING is actually kind of fun.

With all the epic battle scenes, gothic set design and costuming, heavy use of CGI effects, and a cast filled with classy British actors slumming it, it's not unfair to compare DRACULA RISING to the UNDERWORLD franchise. DRACULA seems to be aiming for a slightly older audience with longer attention spans, though. It's still trash, but it's classy trash.

The story, previously “untold” as the film's title informs us, functions as a sort of BATMAN BEGINS or CASINO ROYALE for the famous bloodsucker. Vlad (Luke Evans) was given to the Turks along with 1000 other young Transylvanian boys by his father as part of deal to insure peace in Transylvania. Suffering considerable abuse at the hands of the Turks, Vlad eventually grows into a mighty warrior known for impaling his enemies on spikes. As an adult he returned home to rule, marrying the lovely Mirena (Sarah Gadon) with whom he had a son, Ingeras (Art Parkinson). Although bearing the scars of his travails, Vlad is happy. But then the Turks return once more, seeking yet another tribute of Transylvania's youth.

Vlad realizes he cannot fight off the Turks with his armies, but he is not willing to give up any more children, especially his own son. The only hope for victory is the dark power living on top of the ominously named Broken Tooth Mountain, a vampire (Charles Dance) who has been cursed to remain there until someone comes along to relieve him of his curse by taking it upon themselves. Vlad is just the man to do it, believing the power of the undead will allow him to single-handedly destroy the Turkish armies. There's even a chance to avoid damnation if Vlad can refrain from drinking human blood for three days. Of course anyone familiar with the name Dracula knows how that works out.

There really isn't much fresh here – Francis Ford Coppolla proffered a similar origin for his count in BRAM STOKER'S DRACULA, the difference being that he dispensed with this part of the story in about 10 minutes. Ditto for the notion that Vlad's wife will keep being reincarnated until they eventually find each other again, which also gets rehashed here. However the performances and the action sequences are sufficiently entertaining, and Director Gary Shore (making his feature debut after a career in commercials) has enough visual style to warrant seeing this bit of cinematic junk food on the big screen rather than at home. 2 ½ out of 4 stars.
Posted by Bob Ignizio at 12:36 AM