[COPENHAGEN opens in Cleveland on Friday October 24th exclusively at the Capitol Theatre.] 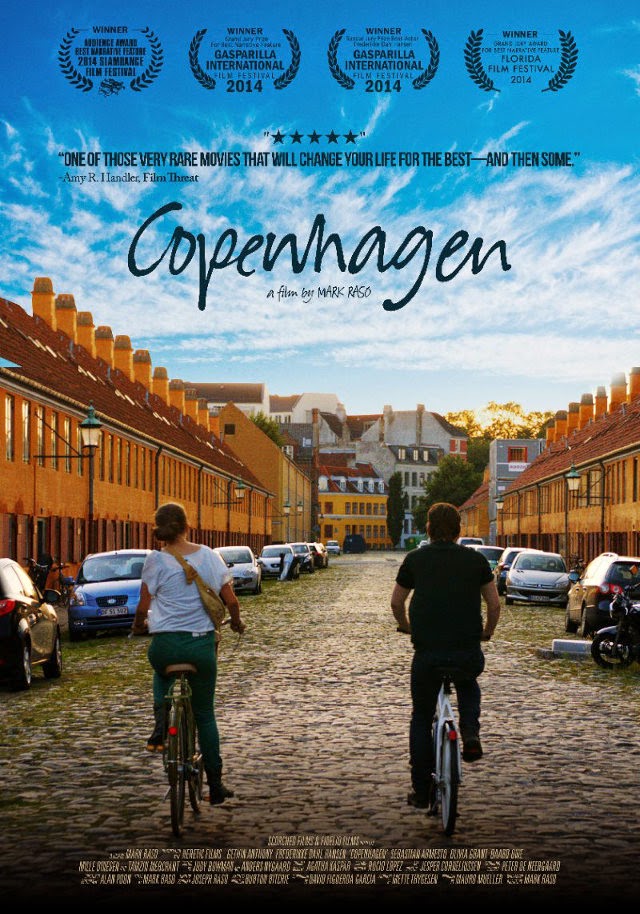 At this point, I'm not sure which I dread having to see more: another straight to video low budget zombie movie, or another indie coming of age film in which some stuck in a rut douchebag guy gets his life turned around by a manic pixie dream girl. COPENHAGEN is one of the latter, and it's so generically awful that turning it into a bargain basement zombie film might actually have helped. At least then we could savor watching the lead character being eaten alive, preferably within the first thirty minutes.

Instead, COPENHAGEN makes us hang out in the titular Danish city with obnoxious jackass William (Gethin Anthony) for a full hour and forty minutes. Sharing most of that screen time is Effy (Frederikke Dahl Hansen), who engages in typical MPDG nonsense like telling William she's a 300 year old vampire and goading him into stealing a bike. She also comes in pretty handy as a translator and tour guide, helping William track down his grandfather so he can present the old geezer with a letter from William's deceased father (who in turn had abandoned William). The two leads seem destined for romance, but it turns out Effy is only 14 years old. This keeps William on his toes fighting off her advances, but also helps him realize that if he gets along that well with a girl half his age, maybe he ought to consider growing up a little.

An unlikeable character is one thing; uninteresting is another altogether. William is both. He alienates his best friend's girlfriend, his best friend, and the audience within the first few minutes of the film, and then is such a jerk to Effy at their first meeting that the rest of the movie almost doesn't take place. If only. But beneath that dickish exterior, there's... not much, really. And as for Effy, once you get past the surprise about her age (especially surprising give that 19 year old Hansen doesn't remotely look 14), she's little more than a stock rom com caricature.

This is indie film as marketing category, a safe middle of the road genre picture made not out of any true artistic compulsion, but because there's a market for films that let viewers feel like they're hipper than Hollywood without having to watch anything that might actually challenge them. In other words, to circle back to my opening paragraph, not much different than what those assembly line zombie flicks do for horror fans when they promise all the gore and mayhem that mainstream films leave on the cutting room floor as if that's a substitute for good filmmaking. Both are cinematic comfort food for some, but I'd just as soon starve. 1 out of 4 stars.
Posted by Bob Ignizio at 12:00 AM