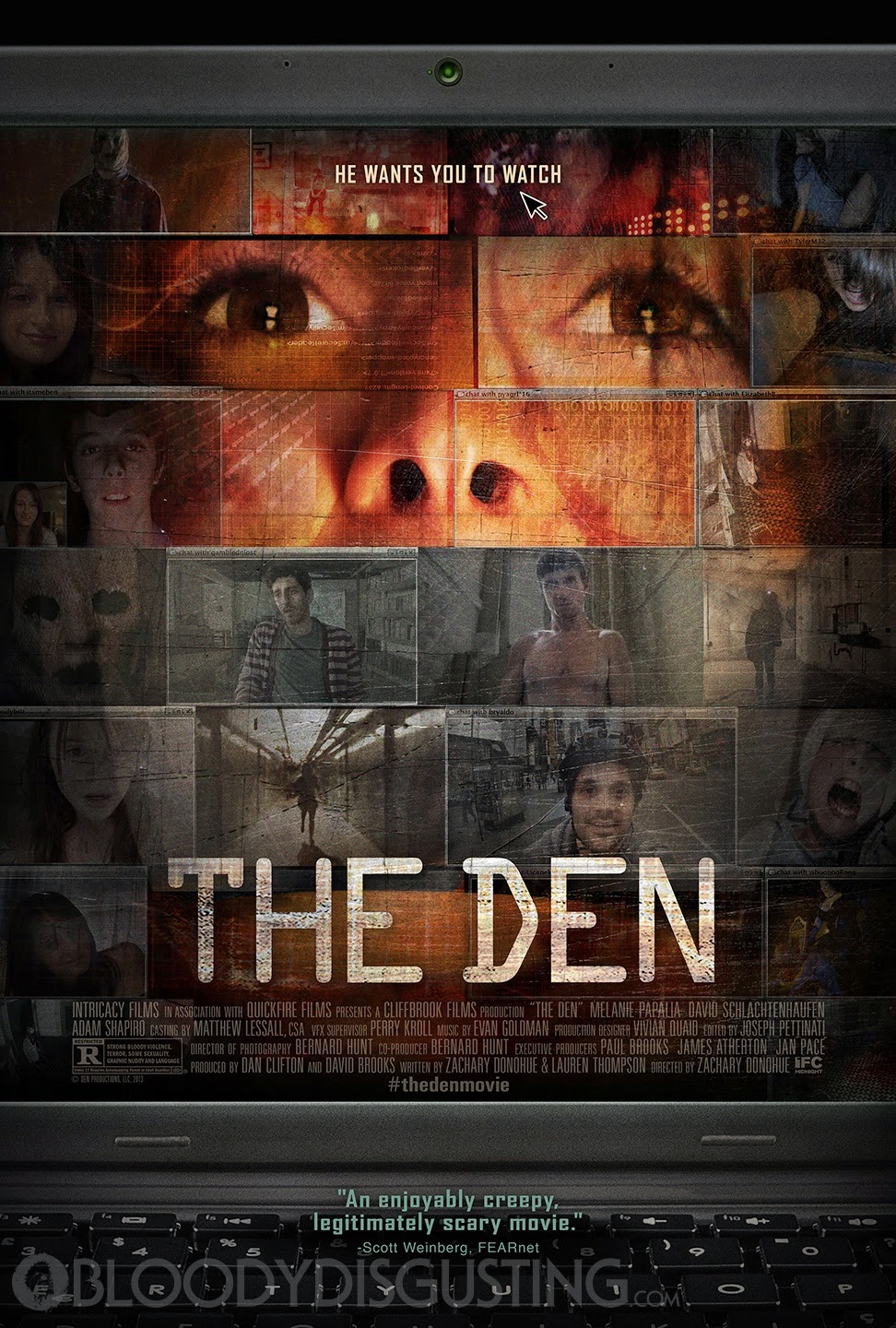 Last year's DISCONNECT worked off the idea that the internet/computers/cell phones and just about any and all other forms of modern technology are bad for humanity as a whole. Today, Jason Reitman's MEN, WOMEN, & CHILDREN opens in theaters dealing with very similar themes. Both films are very earnest in their almost Luddite attempts to instill fear in viewers that email, texting, and social networking are leading humanity straight to Hell. Sounds like a subject better suited to a horror movie.

THE DEN is just that. The title refers to a chat room where users can randomly find someone to talk to via webcam. Grad student Elizabeth (Melanie Papalia) wants to do her thesis on the site, and manages to convince her school to pony up the grant money. Her interactions range from the mundane to the meaningful to the obscene, but things get really scary when she chats with someone who appears to be a real murderer. Not only that, but the killer seems to have hacked into Elizabeth's computer and may be targeting her and her friends.

The film is done in sort of a found footage style, only rather than the usual shaky camcorder video we see everything through a computer screen, often with more than one window open at a time and showing multiple locations. Papalia makes for an engaging screen presence, and the fact is the techniques used by director Zachary Donohue are effective. Unfortunately things just get ridiculous in the final act, and the ending leaves one wondering why they even bothered sitting through the film. 2 out of 4 stars.
Posted by Bob Ignizio at 12:00 AM