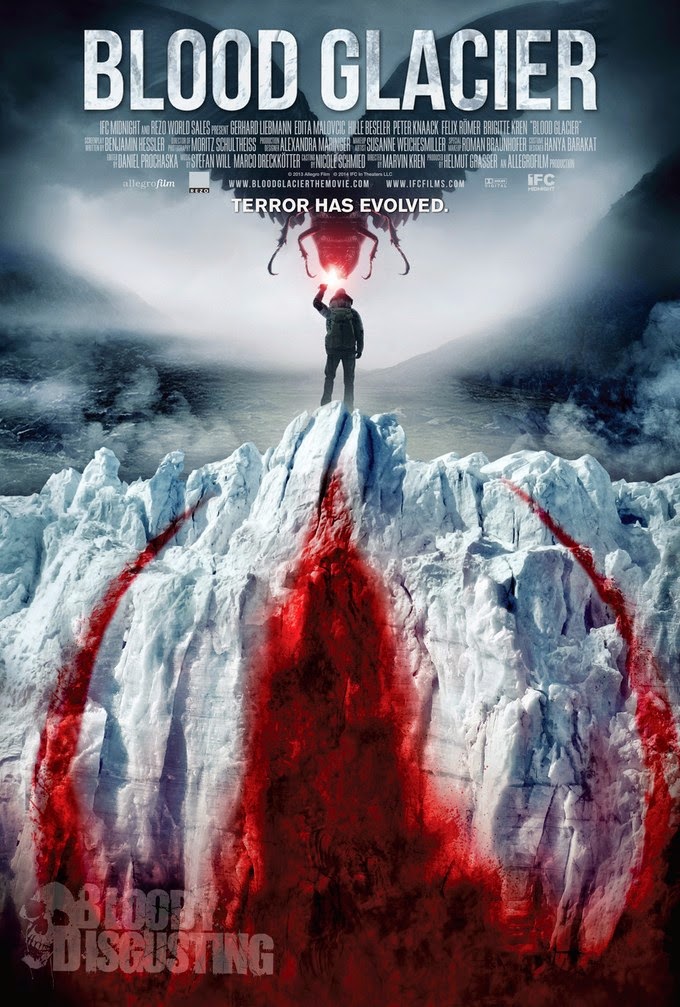 I don't have an awful lot to say about this one. BLOOD GLACIER is a pretty standard issue eco horror film. A group of scientists and one blue collar technician who keeps all their machinery working are investigating the effects of global warming. One of the more spectacular of these is a seemingly blood soaked glacier. Taking a sample back to the labs, it turns out that it's not blood, but some kind of micro-organism that bonds with the dna of various creatures it comes in contact with to create hybrids.

While the team is making this discovery, a group of politicians being led by a researcher who used to work at the lab and had a thing with the technician are on their way to visit. Before the group gets to their destination, however, they are attacked by some kind of hybrid killer bird. Eventually everyone gets to the research station, but some of them are infected. In the midst of trying to survive attacks by mutant animals and the very real potential of mutant humans, the technician and his ex find time to argue about the fact that she aborted their child without telling him.

BLOOD GLACIER is... okay. It's competently made, reasonably well acted, and delivers on the creature action and bloody violence. The plot is incredibly generic, though, with no interesting twists or memorable characters to distinguish it. I didn't love it, I didn't hate it, and I can't really muster up the enthusiasm to write anything more about it. 2 out of 4 stars.
Posted by Bob Ignizio at 12:38 AM