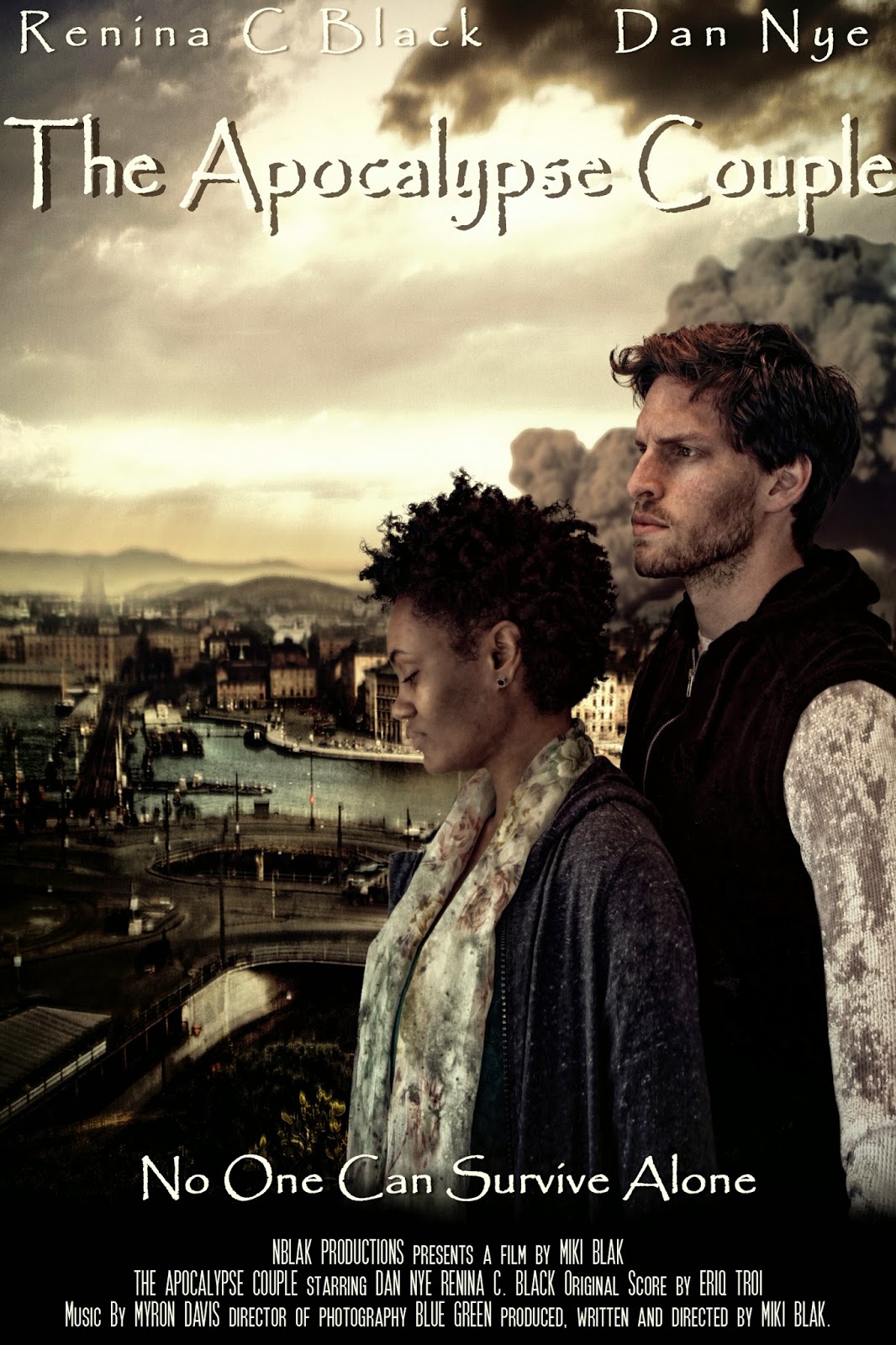 The Apocalypse Couple tells the story of a devastating war that has claimed all of planet earth and civilization as we have understood it, no longer exists.


Ty and Nandi are two of few survivors who struggle day to day to meet their basic need for shelter, water and food.

The couple has taken refuge in a deserted house in a small neighborhood to offer shelter and rest for a few days. Nandi is a dreamer and Ty a realist. Their opposing views have the pair constantly at odds with the world and each other.


While in the home the couple soon comes to terms with the true meaning of their relationship; will it survive the Apocalypse?

This is an engaging drama about a couple in a dire situation. Dan Nye and Renina C. Black deliver breakthrough performances as this couple that is fighting to survive in a post apocalyptic world. The film was shot entirely on location in Copley Ohio and written and directed by a Cleveland Native filmmaker, Miki Blak.

The film will be screening at the Greater Cleveland Urban Film Festival which runs from September 25th thru September 28th at the Shaker Square cinemas.  Visit the website for the festival at www.gcuff.org for more information.

NBlak Productions, LLC is a visual entertainment company located in Northeast Ohio. The company was founded in 2010 by Writer, Producer, and Director Miki Blak. Our mission is to entertain, motivate and inspire our audience with creativity, vision and excellence.
Posted by Bob Ignizio at 12:36 AM