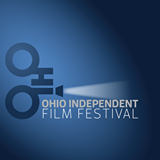 The Ohio Independent Film Festival is scheduled for November 6th through the 9th at Atlas Cinemas Lakeshore. We are working hard to make this the best exhibition of independent film in Ohio.

To date, we have received some outstanding films (features and shorts) in all genres and categories including narrative, documentary and animation. We are encouraging filmmakers who are considering entering our festival to do so now (click here). This is one of the best ways to expose your work to other filmmakers, peer groups, industry professionals and independent film fans in Northeast Ohio.

Thank you for your continued interest in independent film and our festival; please be on the lookout for details about attending The Ohio Independent Film Festival in the coming weeks.