Heli (September 18th and 19th at the Cleveland Cinematheque) 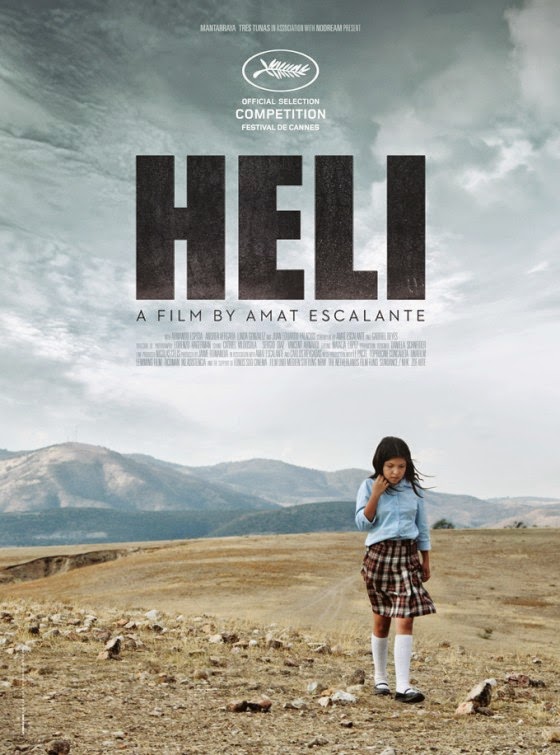 Heli is the kind of guy who works hard, plays by the rules, and tries to do what's right for his family. Lot of good it does him. When Heli learns that his little sister Estela is dating an older police cadet named Beto, he's less than thrilled. Even moreso when he finds out that Beto has stolen cocaine from the police impound and hidden it in his water tank. So he takes the drugs and disposes of them. Sure, Beto will be upset, but that will be the end of it, right? Right. Heli forgot to take into account the people Beto stole the drugs from, and they are not only dealers but on the police force, as well.

Popular culture in Mexico often glamorizes the drug trade. That is most assuredly not the case with HELI, which shows the ways in which innocents can have their lives destroyed by just a brush with the narcotics underworld. What can one do, where can one turn for help in such a situation? The answers HELI offers are far from hopeful.

Although HELI is shot in an almost matter of fact manner, that doesn't mean director Amat Escalante from staging some evocative and curious shots like the scene in which Beto uses Estela like a barbell to do curls. These odd little moments stick with the viewer, but not nearly as much as the scene in which Heli and Beto are brutally tortured by the drug dealers. It feels odd to describe a film with a scene like that as a “slice of life”, but that's what it feels like. Just not a slice you'd want any part of. 3 out of 4 stars.
Posted by Bob Ignizio at 12:00 AM