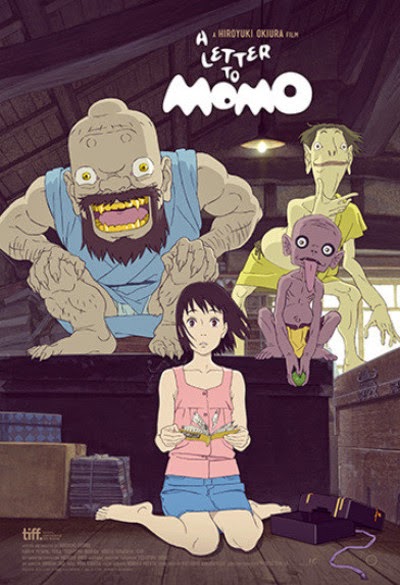 As regular readers of my reviews (probably the NSA; nobody else) knows, I landed a critic gig that pays me actual money - yes, just like in the old Clinton era - to review Japanese animation on DVD and Blu-ray. I know that probably arouses envy in some of you. Isn't Japanese "anime" supposed to be the coolest thing?

Well, it isn't much money. Far less than I deserve. Hear me, O My Brothers, when I watch this Japanese stuff in massive doses, I have to go back and decontaminate with a Far East episode of Capra's WHY WE FIGHT or other WW2 propaganda pieces, to settle accounts with those bastards of the Rising Sun.

One of my recent assignments, for example, was this thing about teenage girl ninjas (not Ninja Turtles, even). You'll notice I'm not divulging the title. But like a lot of Japanimation, it runs a 12-episode cycle - 300 minutes, folks, not counting the disc "extras.' Enormous, beachball-like breasts is/are the primary attraction, pendulous with what the anime cognoscenti (or "otaku," as they're called) have dubbed "fan service": partial nudity, shower scenes, swimsuits, lesbian-ish gropings, and panty flashes.

The saga's plotline has five voluptuous teenage girls entering the elite Hanzo Academy are secretly "shinobi," AKA ninjas, in training to fight evil. Evil materializes, in the form of rival Hebijo Girls Academy, which exists simply to produce wicked she-ninjas. Also with large breasts. During frequent combat, they usually get stripped of clothing, down to bikini undergarments. One line refers to "shino-boobs," and that was the high point. The moral of the thing? As much as I can tell, it's about friendship and teamwork.

This is the nation that cut a swath of blood across Asia in the 1930s and 40s, and dealt US manufacturing a crippling blow? What a bunch of pervs.

But every so often a quality-level Japanese animation arrives here, and I have to see that. In this case, it's the theatrical fantasy-feature A LETTER TO MOMO. I tell you, it's quite a whip-sawing around of my expectations. Imagine if you will a foreign movie critic who has to watch nothing but SHARKNADO sequels and superhero kitsch, gaining that sense of Hollywood culture is in the gutter, and then having the opportunity to see a grownup movie, such as...hmmm. Help me out here, does anyone remember seeing an American grownup movie lately? Last one I knew about was THE GRAND BUDAPEST HOTEL, early in the year.

The question is whether the soul of Japanese animation is more represented by the thoughtful whimsy of A LETTER TO MOMO or by the balloon-breasted bikini-ninja junk. Maybe I'd lean more towards MOMO if it weren't for little things still bothering me, like Pearl Harbor or the Rape of Nanking.

A LETTER TO MOMO plays out like a slightly more plot-conventional version of Hayo Miyazaki's revered Studio Ghibli classic MY NEIGHBOR TOTORO. The title character, Momo, is a sullen adolescent Japanese girl, guilt-ridden because she had an argument with her marine-biologist father before his death offscreen doing marine-biology things (the sentimental "dead parent" gambit is just as badly overused in our movies as Nippon's; I actually gave big thumbs-up to a Hollywood live-action kidpic called MONKEY TROUBLE partially because it was up-front about the girl heroine's parents being divorced like everyone else in LA, not deceased).

Momo's mother, studying to be some kind of PRN, takes the disconsolate girl to an island community to live with the late father's aged parents. There, Momo finds among her father's possessions a book of old drawings depicting folklore demons and goblins ("Yokai," I guess they're called) of the Edo era. Subsequently, Momo begins getting glimpses of three grotesque creatures straight of its pages, creatures only she can see.

At first she's terrified of them: the towering, muscular Kawa with his fanged face fixed, masklike, in a permanent roar, the wide-mouthed, amphibious-looking Iwa (also kind of a lookalike, I must say, for the late Don Knotts), and the small, mostly silent Mame (sort of a cross between Gollum and Harpo Marx). All three are ravenously hungry, and they steal food constantly under their natural protective invisibility. They tell Momo that they are former man-eating demigods, punished by being stripped of most of their powers (and human-flesh diet) and now compelled to be helpers in the spirit world. And they hint that the spirit they are serving is Momo's dad, who needs proper closure within a limited timespan before he can journey to the afterlife.

But the viewer is also tipped off that Kawa, Iwa and Mame, whatever they really are, have just borrowed their appearances and backstory from the mythology book; they actually look like liquid droplets. Whether actual reformed demons or just guardian angels or aliens in weird disguises, the trio help Momo come out of her shell, make some real friends, get a message of reconciliation across, and even perform a lifesaving act of heroism.

The animation, overseen by one of the less prolific anime star directors, Hiroyuki Okiura, is beautiful, hand-drawn realistic to the point of rotoscoping and really quite clever for some ancillary TOTORO-type nature elementals (who go mainly unexplained). By the gold standard of Studio Ghibli and other upscale Japanimation classics even I revere (MILLENNIUM ACTRESS, GRAVE OF THE FIREFLIES, WOLF CHILDREN , A LETTER TO MOMO does suffer a bit from obvious and formulaic scripting. But by the standard of my buxom-girl-ninjas-bursting-out-their-blouses stuff, it's sweet-spirited and charming. And, as we have seen the quality of Pixar's production taking a real nosedive these last few summers, it's probably a better bet for smarter-than-usual all-ages entertainment than CARS 3 MEETS UP 2 VERSUS TOY STORY 4. On that note, if MONSTERS INC. had toned down the Borscht Belt humor, added some tearjerker stuff and gotten a culture transplant to the Far East, I suppose it would feel a bit like A LETTER TO MOMO.

Oh, Frank Capra's just informed me that the motto of the Japanese military was "To die for the Emperor is to live forever." Nice folks over there, making these lovely cartoons.

You internet kids reading this, you really just want the title of that one with the near-naked ninjettes with melon breasts and butts, don't you? (2 3/4 out of 4 stars)