The Indie Gathering wants you, August 15-17 in Hudson 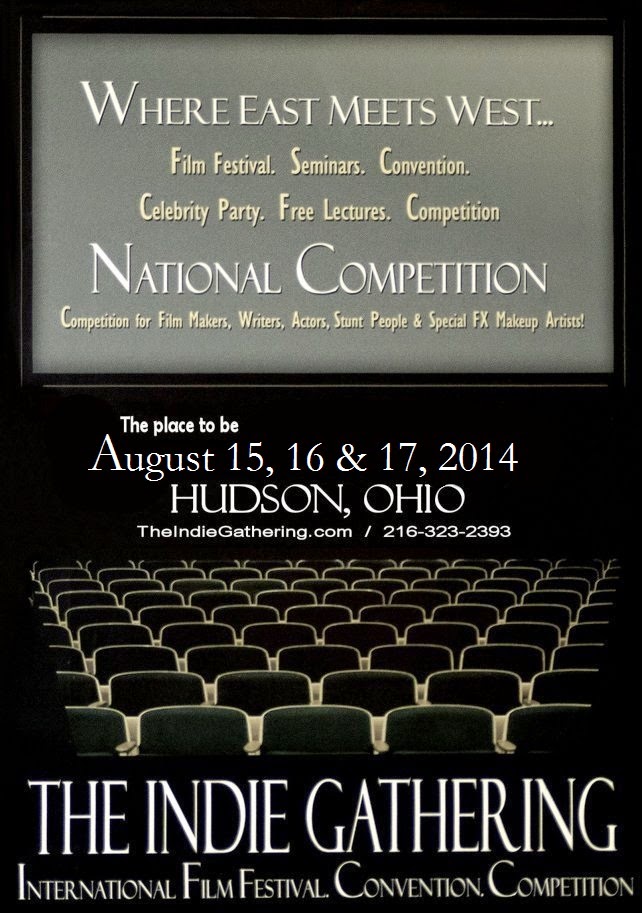 As we all know by now, other than LeBron James, the only thing significant about Cleveland is the Indie Gathering. The Indie Gathering is a local affiliate of independent grassroots film groups across the country, linked by the online world. Normally the Indie Gathering has small monthly meet-and-greets around the Cleveland area, but every year there's a big Indie-Gathering weekend, filled with panelists, workshops, and film-festival screenings.

The Indie Gathering features three days of low- and micro-budget cinema from around the world, workshops and networking parties, featuring both local would-be Spielbergs and out-of-town visitors, who have made movies their hobby, obsession and occupation.

Special topics - and contests - include a stunts, soundtrack composing and effects makeup. Guests include longtime actor Robert Costanzo; internationally known Cleveland filmmaker and cinematographer Robert Banks; Alan Tuskes, a makeup artist who has contribute f/x to KILL BILL, AUSTIN POWERS IN GOLDMEMBER, SPY KIDS and more; Ohio-based director, producer and f/x artist Robert Kurtzman; Parma actress Annie Kitral, who has appeared in everything from WELCOME TO COLLINWOOD to The X Files; Johnny Wu, a hardworking Cleveland filmmaker; and Ray Szuch, the leader of a west-side martial-arts school who got into corralling his well-trained students and athletes as stuntmen/extras for local productions.

The Indie Gathering showcases such grassroots productions, whether it be student work or the weekend horror-slasher efforts put together by guys working in a grocery-chain warehouse in Strongsville. Among more than 100 pieces of work showing at the Indie Gathering are finalists from the Cleveland leg of the 48 Hour Film Project; HOUSE OF ODDITIES, a documentary feature on Pittsburgh’s long-running spring festival of gothic and macabre cabaret/sideshow/striptease performance known as the Atrocity Exhibition; GOLEM, an Israeli drama about two outcasts on the seedy side of modern Tel Aviv; a feature program of DIY music videos, and more.

Networking parties allow spectators to join the filmmaking culture, as potential crew, possible actor or even writer, director or producer.

Admission for each day at the Indie Gathering is $15 Friday and $25 Saturday and $20 Sunday. One can purchase a weekend pass for $45, a Saturday-Sunday blanket admission for $35. Attending individual film screenings is $7. For more information, a full film schedule, and a list of guests and production companies involved, go online to www.theindiegathering.com.

Posted by Charles Cassady Jr. at 3:18 AM