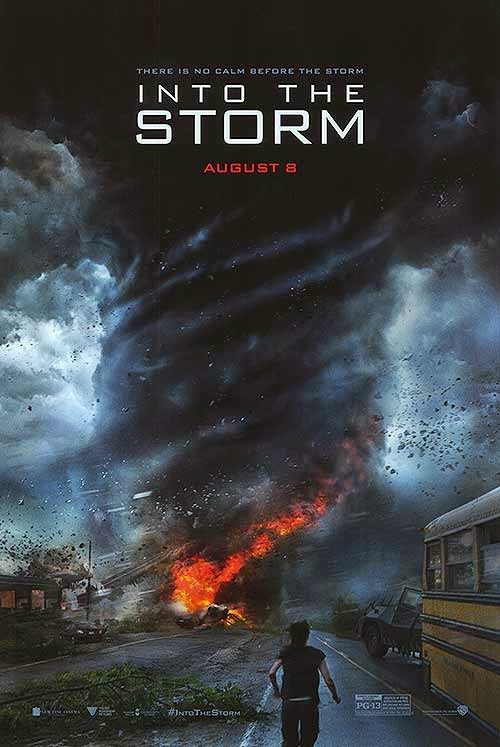 The plot of INTO THE STORM can pretty much be summed up as “a bunch of characters try to avoid getting killed by super big CGI tornadoes”. Fortunately, the cast are likable enough that spending 90 minutes watching them run around screaming in high winds is a reasonably enjoyable waste of time.

We're on a budget here, so no big names. Instead we get veteran B-listers like Richard Armitage (best known as Thorin Oakenshield in THE HOBBIT series), Sarah Wayne Callies (Lori Grimes on TV's The Walking Dead), and Matt Walsh (Mike McClintock on VEEP). They could have phoned it in, since the special effects are really the star here, but everyone gives solid performances without condescending to the material.

STORM utilizes the “found footage” conceit, an approach that Quale frankly seems disinterested in, and at least a handful of scenes feel like cheats. The professional caliber performances also undercut the “reality” vibe somewhat. It's not enough to ruin the film, but this one probably would have played better as a more traditional narrative feature.

In this age of the Sharknado, INTO THE STORM sets out to do two things: first, show that a plain old twister is plenty scary on its own without any carnivorous fish inside it, and second, remind viewers that a “B” disaster movie can still be effective and entertaining without making fun of itself. It isn't exactly good, but it's fun, and for a movie like this, that's enough. 2 ½ out of 4 stars.
Posted by Bob Ignizio at 12:06 AM