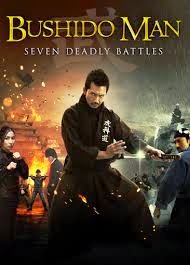 I am nervous about a lot of things these days. Mounting debts, Ebola virus, Ukraine, Gaza, Cleveland sports (all those ought to go well together). One of my anxieties is the upcoming release of the movie version of Laura Hillenbrand's nonfiction bestseller Unbroken. Wow, what a read.

Author Hillenbrand doesn't let the Japanese off easily in this one, listing the incredibly vile and hideous atrocities perpetrated by those Sons of Heaven upon opposing soldiers and civilians alike during the savage rampages of their Empire in the Pacific in the 1930s and early 1940s. Nobody who reads that book can doubt that dropping an A-bomb or two as an apocalyptic Allied show of force was the only way to force a surrender and avert an invasion and a Japanese-directed bloodbath on a scale unimaginable (slaughtering every single POW in their clutches was a planned opening move by these modern samurai. In the case of Korean POWs, the move was carried out anyway).


It's not in Hillenbrand's book, but from other reading I've done I've gathered that even when Hirohito capitulated, there were a substantial number of fanatics in the Japanese military who continued to fight, turning their guns on their own kind and trying to kill the expedition of diplomats en route to signing the official documents of non-aggression before General MacArthur. Preferring death to anything else, they had to be put down like rabid animals.

With today's political-correctness climate, especially on American college campuses where the Marxist fossils of the 1960s left their imprint (and their drugs), where students are informed that all evil in the world is perpetrated solely by straight white males (and, maybe, Israel), I wouldn't be surprised if the WW2 villainy of the Japanese Empire were to be quietly censored from the history books. Pearl Harbor? Probably an inside job, schemed by Roosevelt and the Freemasons, just like 9/11. Or "workplace violence," caused by easy availability of guns and shamefully small wages. Don't worry, Barack'll fix it.

Point is, when the movie version of Unbroken comes out late this year, don't be surprised if it's about the grueling survival ordeals of Allied POWs in the Pacific held captive by...vicious space aliens. Klingons or Daleks, maybe.

The Japanese of today, of course, pour their hostility (unless you're a whale or porpoise) into filmmaking, anime and manga (well, the young ones bully schoolmates into committing hari-kari, but what culture doesn't?). Which is what brings us to BUSHIDO MAN: SEVEN DEADLY BATTLES. You might ask what drew me to watch Japanese movies and animation when I nurture this obsessive resentment against the Japanese. Easy. I got paid to.

Unexpectedly, the setting turns out to be not the ancient shogunate but modern (or post-modern) Japan, where Toramuro, a follower of "the Cosmic Way," seeks mastery of every possible fighting technique, taking on reigning Japanese champs of martial arts. The fighting styles range from formal kung fu to kendo sticks to anything-goes Yakuza knife-dueling.

He travels a cheaply visualized Japan (including Yokohama rendered as a lawless criminal wasteland, following an devastating offscreen earthquake) to honorably vanquish other fighters, gathering top-secret scrolls (and occasional self-inflicted injuries) as a reward, before a big "surprise" ending with a Zen-like moral. Apparently just for laffs there's also a strange subtext about the importance of eating thematically correct food before a showdown.

BUSHIDO MAN: SEVEN DEADLY BATTLES is anchored more in drive-in/grindhouse chopsocky than the grandeur the genre achieved via CROUCHING TIGER, HIDDEN DRAGON. Its Tarantino-goes-to-Tokyo vibe should rouse cultists who appreciate action and gore f/x achieved on a shoestring, with a minimum of wire-stunt and CGI effects (and, for that matter, a minimum of plot).

And dig that hilarious fake-out ending. What other cinematic triumphs would the Japanese of the mid-20th century have thought up if they weren't otherwise pre-occupied in preying on neighboring humanity? Maybe they would have done a successful Hulk movie - even before Stan Lee wrote the books.

The disc's lone extra shows the proudly DIY film team schlepping on the festival circuit. It would have been most amusing if, at one point, they were captured by a nest of elderly American GIs hiding out on an island somewhere, unaware that WW2 had ended. I can dream, can't I? Don't forget to buy those war bonds, Americans, and tend your victory gardens! (2 3/4 out of 4 stars)