Will LeBron be there? GeekFest, returns to the Akron Public Library, July 26 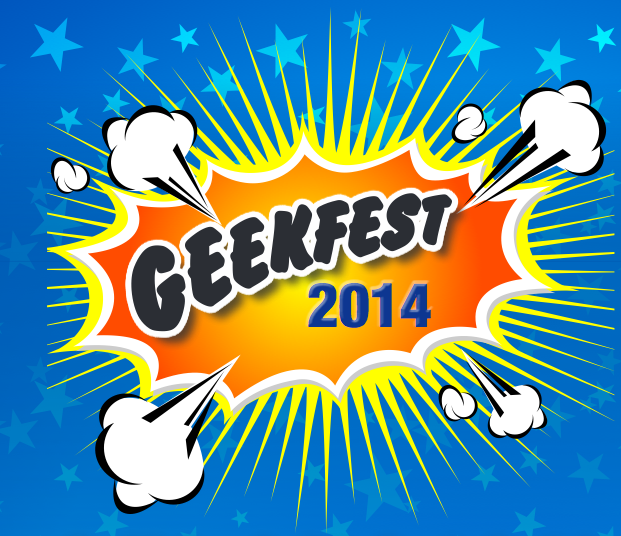 By now you all know I have this thing about people who manage to leave Cleveland. Those brave souls who journey at last to the outside world, where, even in today's death-spiral Recession, there are more opportunities to make their fortunes, to seek glory, good relationships and personal fulfillment...But you know something? I notice then, a few years later, they all come crawling back to Cleveland. Muttering brokenly something about how they missed the Flats. Or that life isn't the same without The Plain Dealer society page/"Mary Mary." column. Or that, while Paris and London have certain charms, they're nothing compared to Cleveland!

I still cannot believe the world's greatest athlete is actually returning to play for the town that is to sports what the Titanic is to transatlantic luxury travel. What are you doing, Number 23? Ohhellno!

This is like Houdini struggling to get back into the strait-jacket in the water-torture cell!

This is like Snake Plissken gloweringly saying, "Uh, I forgot sumpthin,'" and scrambling back over to the wall into prison-camp New York.

This is like homosexuals throwing away their blessed excuse to avoid the living hell that is marriage and actually politically agitate for the right to get married. Yeah, what are the chances of that happening...


I've got my own barely plausible theories as to why LeBron is REALLY coming back to the vicinity of Cleveland.

(1) Someone told him that such a fool act of self-destruction would doubtlessly conjure up Slender Man.

(2) Devious students at the Cleveland Institute of Art used old scans of Halle Berry, back from when she was a struggling Bedford figure-model, to digitize the ultimate "catfish" online hoax avatar. You know how those always ensnare gullible jocks, right? Via Facebook and Twitter, the fake beauty teased and tempted LeBron until he offered her the whole Miami Heat secret playbook in return for a date. King James is now being blackmailed; if he didn't come back to Cleveland, the NSA will reveal the embarrassing recordings of the episode. Never trust the CIA.

(3) It's just another setup for Cleveland's ultimate humiliation. The C-47 cargo plane carrying LeBron and his family and entourage will approach Hopkins Airport, only to suddenly wheel about and head back south, to Miami or Atlanta or wherever LeBron really wants to be. His last laughing word echoes over the Cleveland skyline: "Psych!"

There is one more explanation for LeBron coming back that is, perhaps, the kindest interpretation. James does not want to miss Geekfest.

Begun last year at the Akron Public Library's main branch, Geekfest is an attempt to bring a sort of mini-taste of San Diego Comic-Con to the northeast Ohio masses. It returns this Saturday, July 26, from 1 p.m. to 4 p.m.

This is be a free-to-the-public gathering of local comics creators, screenings of science-fiction movies in the Library auditorium and special events throughout the building, at 60 S. High St. in downtown Akron.

Witness an exhibition of fan-created videos based on fantasy/sci-fi/movie/gaming/Japanese anime themes, ramen-noodle eating contests, and, most internet-worthy of all, a "cosplay" exhibition, for those obsessives who like to dress up and cavort as movie, TV, comics and fantasy-literature characters. Though held under the auspices of Youth Services, the Geekfest is open to all ages, with children/teen/adult categories in the cosplay contest.

In a mini-version of an event the Akron Library did before, there will be a big-screen projection of a campy Adam West “Batman” episode, during which fans will be able to text-message their comments to a phone number that puts them right onscreen. So get those Ben Affleck wisecracks ready. Even you LeBron, even if he is your friend.

For more information call the Akron Public Library at 330-643-9000. The website is www.akronlibrary.org.