[THE RETRIEVAL screens Friday August 1st at 7:00 pm and Sunday August 3rd at 1:30 pm at the Cleveland Museum of Art.] 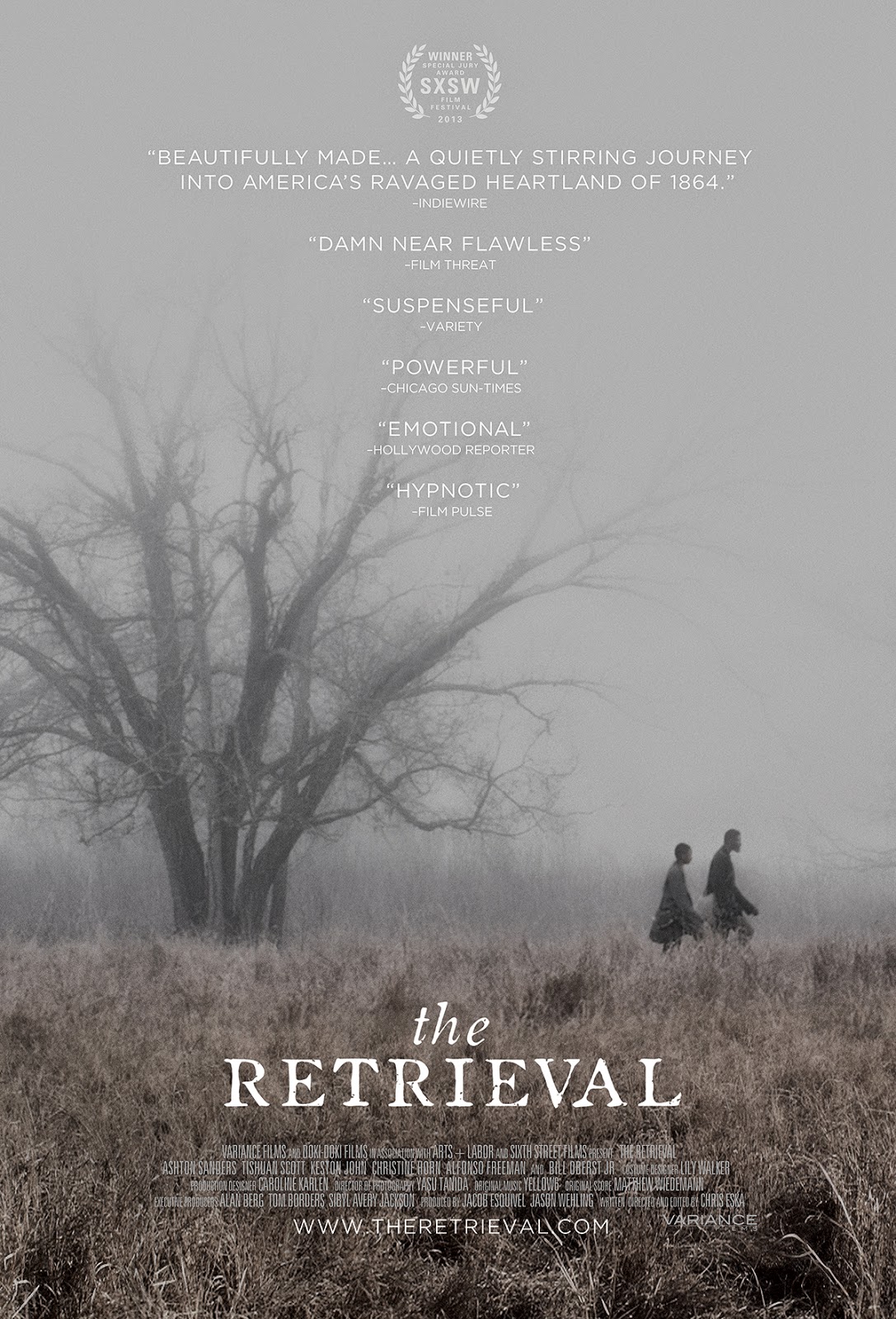 Marcus (Keston John) and Will (Ashton Sanders) are black slave catchers working for white bounty hunter Burrell (Bill Oberst, Jr.) during the American Civil War. Although Marcus is Will's Uncle, he doesn't have much use for the boy and even tries to sell him to Burrell before setting off after his latest quarry, a grave digger named Nate (Tishuan Scott) who has a hefty price on his head.

The plan is to convince Nate his brother is dying and wants to see him one last time before he expires. In this way, Nate will willingly walk himself back south into danger where he will eventually be captured by Burrell and his men. Will is entrusted with a crucial part of the plan, but the longer he spends time in Nate's company, the harder it is for him to go through with it. Initially hard and mistrusting, Nate eventually becomes something of a father figure to the Will. And yet a combination of fear over what will happen if he doesn't go through with the plan, and the promise of enough money to secure his future if he does, makes doing the right thing and warning Nate difficult for Will.

This is not a slavery movie per se like 12 YEARS A SLAVE or even DJANGO UNCHAINED. Writer/director/editor Chris Eska has said he intended THE RETRIEVAL to be, "more of an
emotional drama with elements of the western, road movie, coming of age, and suspense
genres." At its heart, though, the main focus of THE RETRIEVAL is the moral dilemma facing Will.

Nonetheless, there's still room for a fair amount of action, including some well executed small scale battle scenes that belie the film's low (by Hollywood standards, anyway) budget. Eska's style is a bit flat, perhaps best described as “meat and potatoes” movie making, but the compelling story and strong performances go a long way towards making up for any shortcomings. 3 out of 4 stars.
Posted by Bob Ignizio at 12:00 AM