Honey (June 13th and 14th at the Cleveland Cinematheque) 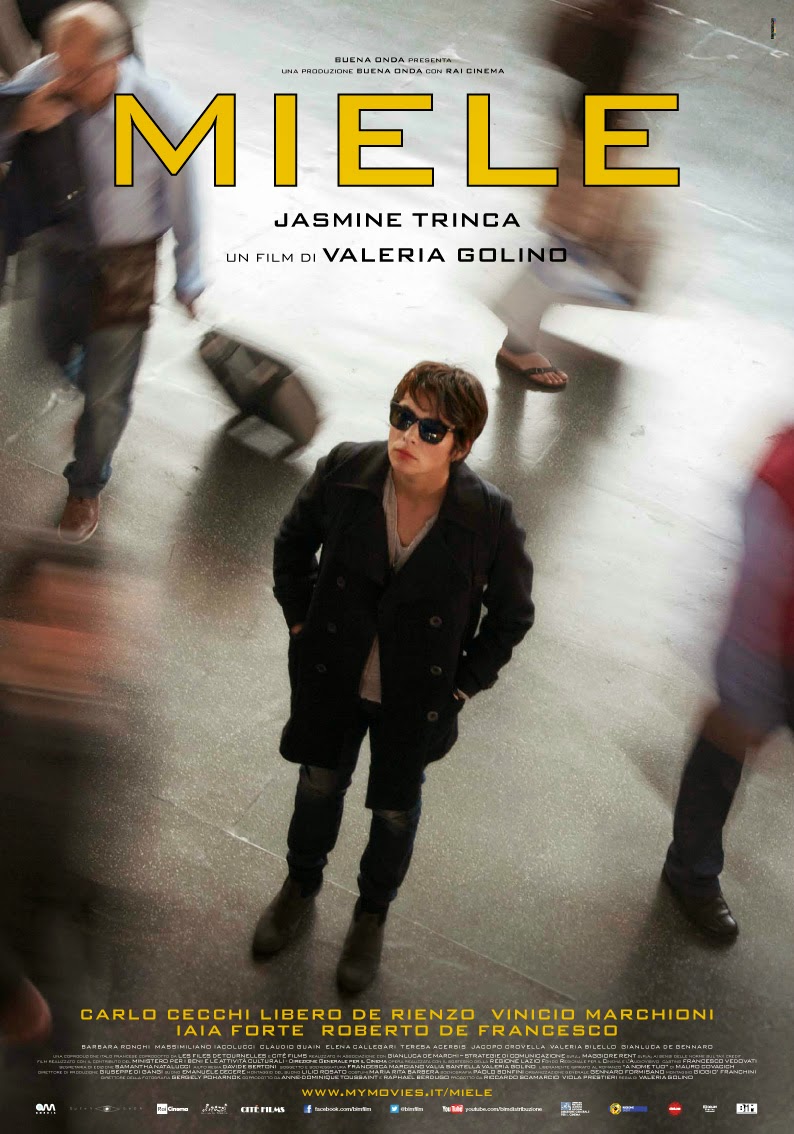 Irene (Jasmine Trinca) is a young Italian woman who helps terminally ill people perform suicide ala Jack Kevorkian in HONEY (Miele). She believes strongly that what she is doing is right and ethical. The film follows Irene, who goes by the name “Honey” when she's working, as she procures the necessary medicines from a Mexican pharmacy, makes clandestine connections with her clients, and performs a couple of mostly routine assisted suicides. When she's not working, Irene spends time with her boyfriend, visits her father, and goes out clubbing. Whatever Irene is doing, however, she seems to always be detached.

Irene's latest client Carlo Grimaldi (Carlo Cecchi) turns out to be an ethical quandry for her, simply wanting to be given the drugs and left to do things by himself. This goes against Irene's normal way of doing things, which is to be present to insure nothing goes wrong. Despite her reservations, she goes ahead and gives Carlo the drugs. Too late she learns that Carlo is perfectly healthy, his reasons for wanting to kill himself boiling down essentially to boredom with life – he's been everywhere he wanted to go, done everything he wanted to do, so why carry on?

Irene feels compelled to try and stop Carlo from following through with his suicide and goes to his home to try and retrieve the drugs. The two wind up discussing the ethics of what it is Irene does, with Carlo raising numerous questions that give her pause. She also fails to get the drugs back. This leads her to continue checking up on Carlo, and eventually a sort of closeness develops between the suicidal curmudgeon and the introverted angel of death.

At this point the film becomes a bit contrived. The friendship between Carlo and Irene doesn't ring entirely true, feeling more like the tried and true cinematic trope it is. Still, the two leads play off each other nicely, and their relationship handily allows the film to come at the issue of assisted suicide from a few different angles, giving the audience food for thought without taking a hard pro or con stance on the subject (although I'd say the film leans towards pro).

Despite the contrivance of the central relationship, there are many other aspects of the film that feel authentic, particularly the details of how Irene does her job. Director Valerie Golino, a prolific actress perhaps best known in this country for her role as Susanna in RAINMAN, does a good job both with her actors and in reinforcing the film's themes through its visuals, in particular always finding ways to show Irene as separated from her world. It may feel a bit rote at times, but the subject is interesting, the story is compelling, and the film is well crafted and visually interesting.  3 out of 4 stars.
Posted by Bob Ignizio at 1:18 AM