Repost: The Past (May 30th and 31st at the Cleveland Cinematheque) 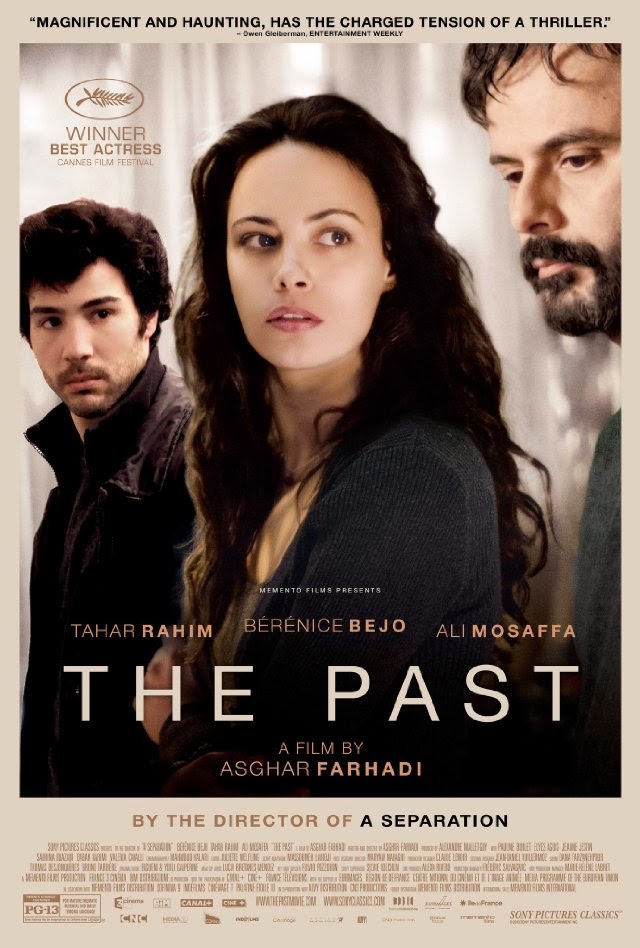 Iranian writer and director Asghar Farhadi's 2011 film A SEPARATION, which won the Academy Award for Best Foreign Language Film, was a taut domestic drama that encompassed issues of family, culture and religion. His newest, THE PAST (Le Passé), is a somewhat less absorbing domestic drama without the earlier film's cultural weight.

THE PAST, in French and set in Paris, concerns the return of the Iranian-born Ahmad (Ali Mosaffa) to Paris to finalize his divorce from his French wife, Marie (Bérénice Bejo, from THE ARTIST). While staying at Marie's house, Ahmad is drawn into an intense drama involving Marie, her children and her boyfriend, Samir (Tahar Rahim), whom she plans to marry.

Samir has a young son, Fouad (Elyis Agouis) and a wife who's in a coma. Marie has two daughters by a relationship prior to her marriage to Ahmad; the older, teenage daughter, Lucie (Pauline Burlet), is in rebellion over her mother's marriage plans. Samir and Ahmad eye each other warily, in part because Samir suspects Marie is still in love with Ahmad. As Lucie points out to Ahmad, her mother chose Samir, who's also of Middle Eastern descent, “because he looks like you.”

The story becomes complicated, with revelations of a pregnancy, adultery, and compromising emails that may or may not have led to a suicide attempt. The film's strength is not its excessively tricky narrative but its sensitive portrayal of complicated relationships. Ahmad, though not the father of Marie's children, retains their affection — Lucie in particular laments Ahmad's departure and resents her mother for her many failed relationships. Ahmad cooks authentic Iranian food for the family, and is kind to little Fouad, whom the hot-tempered Marie punishes severely for misbehaving. The little boy, whose mother lies comatose in a hospital, is angry and obstinate, and neither Marie nor Samir seem capable of dealing with him sympathetically. The prospects for their future marriage seem dim.

Farhadi seems to be interested in the dilemma of whether to stay in one's native country or leave. In A SEPARATION, a couple split over the wife's desire to leave Iran and her husband's determination to stay and care for his aged father. In THE PAST, Ahmad has left Marie to return to his homeland, but this element of the backstory is allusive. The film focuses chiefly on the moral dimensions of Marie and Samir's relationship, and it becomes a soap opera rife with tricky plot turns that don't always make sense. Given the gossamer weight of the themes, the film's 130-minute running time feels excessive.

Even with those reservations, there is much to appreciate in the film's fluid direction, evocative settings, smartly written dialogue and eloquent performances. 3 out of 4 stars.