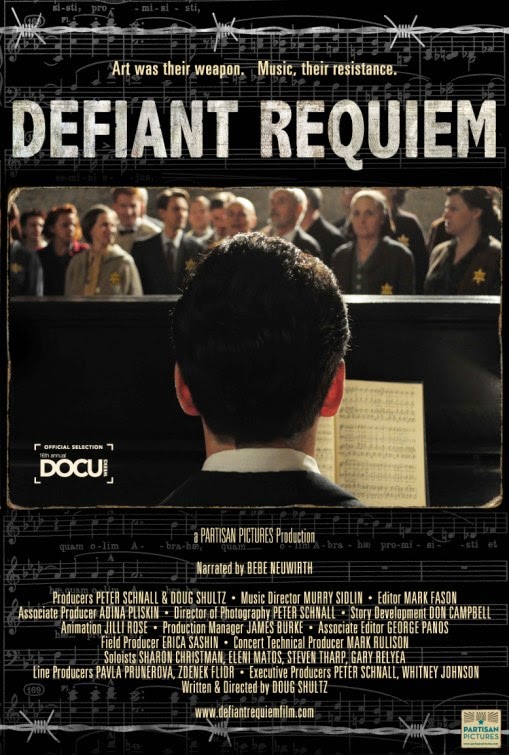 Back by popular demand! the Maltz Museum of Jewish Heritage presents:

On Wednesday, May 14th at 7pm at The Temple-Tifereth Israel, the powerful film Defiant Requiem will be shown followed by a performance of Dies Ire (Day of Wrath) from Verdi’s Requiem Mass. Performed by the Chagrin Falls Studio Orchestra and local chorus groups. Defiant Requiem is the winner of the 2013 Ponce Award for Best of the Fest at the Chagrin Documentary Film Festival.

Tickets and information here
Posted by Bob Ignizio at 4:40 PM